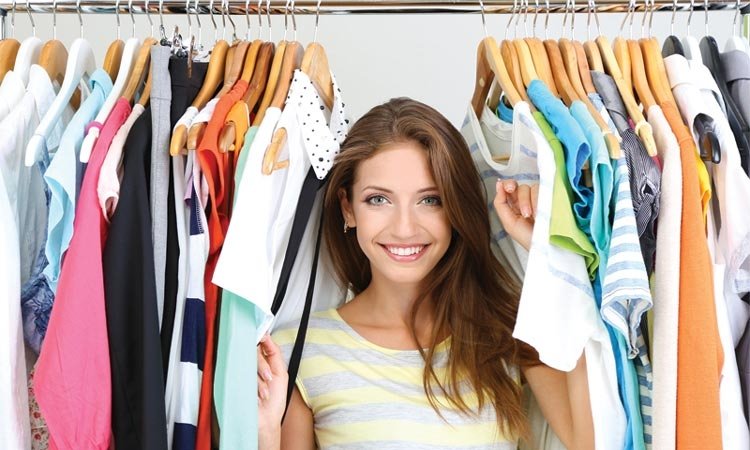 I didn’t need more shoes and clothes. I’m not one of those shopaholic types, and with a combination of going to plenty of garage sales, occasional online shopping, and having lots of girlfriends around to swap with, I already had a lot of stuff!

I had recently read about a growing movement of people who had decided they would only own 100 items.1 I did some quick calculations and decided that wasn’t exactly for me, but I admired the concept. And I had exactly zero set aside in savings at the time, and I wanted to change that.

As it turned out, I ended up getting more new clothes and shoes within that year than I had in the previous several years, despite not buying any of them. That was due to a combination of visits with my mother, sister, and sister-in-law—all of whom had a stash set aside for me—and gifts from other friends. Granted, not everything was brand-new, but some was—and it was all new to me. So, the happy news is that I got variety in my wardrobe and shoe-drobe (shouldn’t that be a word?) without having spent a penny on it.

I woke up this morning thinking about that decision and that year and how well it went. I strongly suspect that my recalling that situation was somehow connected to the minor panic I’ve been experiencing over the last few days in thinking about my current financial situation. I’ve recently relocated, bringing about a lot of changes in my life, and I’m facing some, shall we say, challenges. I have a lot of experience in being frugal, I’m disciplined in my budgeting and spending, and I think that with a little caution I’ll be okay.

Anyway, I suppose my “year without clothes” came to mind because God was reminding me that, as I like to say, “Stuff works out.” During that year, spending less time and money pursuing the acquisition of things didn’t actually result in my lacking anything. If in the near or distant future there is a month, or even a year, when I have to do without buying a certain thing, could I maybe trust God to bring it along in some unexpected way? I think so.

I often feel I don’t have a lot to show as far as manifestations of God’s involvement and activity in my life. I love Him, we spend time together, and I know His presence is always with me … but once in a while someone asks me to tell them about “something wonderful or a miracle God’s done for you,” and I kind of hem and haw and usually can’t think of anything offhand.

I used to feel horrible about that, until I came to accept that my life is probably one of those where God just doesn’t work in a “showy” way. He’s entitled to that, and I’m not entitled to expect Him to treat me in a particular way. But then, there are sweet little things like this, where I can see with hindsight that God could very well have had a hand in how things played out. I can’t quite bring myself to believe that He cared as much as I did about me getting more shoes, but He at least did care about helping me realize that if I trust Him, I’ll always have what I need, and sometimes even what I want—even if it’s not through the channels I expect or because of my best-laid plans.

Another thing I came to realize during my “year without clothes” was how much I had in many ways. For example, I had a job at a time when a lot of people didn’t. I’ve never been homeless. And contrary to what you might have thought when reading the title of this article, I’ve never had to run around without clothes either! I’ve had things pretty good.

On the practical side, this experiment also kept me from having even more stuff than I do, which was good, because as it was, I had to trim down when I moved earlier this year.

All in all, I’ve felt richer since then.

I believe God is managing affairs and that He doesn’t need any advice from me. With God in charge, I believe everything will work out for the best in the end. So what is there to worry about?—Henry Ford (1863–1947)

If you get too attached to how you want it to come out on the other side, you freeze. I try to trust that it will work out in the end.—Jennifer Connelly (b. 1970)

More in this category: « The Peace of God The Secret »