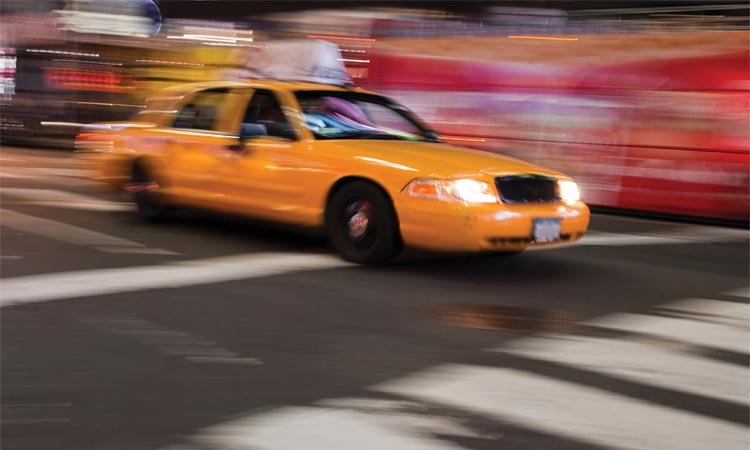 It had been a rough few months in the spring of 1972. I desperately wanted a baby, a little one to hold in my arms, to call my own. Twice I had miscarried, and I held these disappointments up before God, shaking them in His face and saying, See what You did when I trusted You to answer my prayer? I just couldn’t move on.

But this day I was moving on, at least physically. My husband Dan and I were moving to New York to work at a mission on the Lower East Side. I needed the change. Dan had gone ahead, while I had made a detour through Boston. During the long bus ride, I curled against the window and wept. As the hours went by, I doubted everything I had believed and encouraged others to believe. What business did I have doing missionary work? How could I tell others to trust in God when my own faith was at an all-time low? My life was spinning out of control.

After what seemed like forever, the bus pulled in to the bus terminal in New York City. I had been to New York a few times and always felt overwhelmed. The city was too big, too busy, too impersonal. I usually walked around like a tourist, looking up. I wasn’t looking at the skyscrapers this time, though; I was searching for a patch of blue sky.

I found my way to a payphone and called the number I had, desperate to hear Dan’s voice. Some of what little cash I had with me was eaten by broken payphones, but I wasn’t worried yet. Dan would pick me up soon.

When I finally found a phone that worked and got through, there was no answer. I bought a cup of coffee and tried again. Still no answer.

I stepped out on the street by a taxi stand, and realized it was getting dark. City lights blurred the tears that once more filled my eyes.

I went back inside and tried again. Still no answer. I realized I hadn’t been clear with Dan about my arrival time, and all I had was the address of the mission on the Lower East Side where we would be working, near an area known as Hell’s Kitchen.

Fear began to set in as I stepped outside once more and hailed a taxi. When I gave the cabby the address of the mission, he asked gruffly, “Really?” He flicked on his meter and pulled away from the curb.

The analog meter seemed to spin faster than the tires as we inched our way through traffic. I pulled out my wallet and counted the bills again. The amount displayed was rapidly approaching the amount of cash I had with me. I had thought when I jumped into the taxi that if I didn’t have enough money, I could run into the mission when we arrived and get the rest, but now I was having misgivings.

I leaned over to get a better look at the driver in the glow of passing street lights. His face had the hard, deep lines of an ex-con or a gang member. I recalled his gruff tone when he questioned the address I had given him. Then a very large scar caught my attention. It went halfway around his neck. This wasn’t a man I could easily relate to or make small talk with.

As I leaned back in the seat, the total on the meter raced past the amount in my purse. I should have been more patient. I should have waited at the bus station and kept calling. I flashed back to every creepy headline I’d ever read about cab drivers. I’ve made a horrible mistake!

Then I did something I should have done earlier. I forgot my grievances against God and prayed silently: God, I’m in a predicament! Please protect me, and show me if there’s anything I can do to help You get me safely to my destination.

The answer came forcefully to my mind: Tell this man about Me. Before I could reason my way out of it, I took a deep breath and began:

“I need to make a confession. This taxi ride is costing more than I expected, and I don’t have enough money with me to pay for it. I’m on my way to a mission, where my husband and I will be working. I’m not very familiar with New York, and I didn’t realize how long it would take. When we get there, I’ll have to run inside and get some more money. My husband and I try to live like Jesus did, preaching the gospel to everyone we meet, and we trust Him to supply our needs day by day.”

As I continued, Jesus gave me the words to say, “You know, so many people need to feel Jesus’ loving, healing touch. He has the answers to whatever their need is. He can heal every hurt, every heartache. His answers are just a prayer away. Have you ever asked Jesus into your heart?”

There was a long, heavy silence, then a cough, then a sniff. I leaned forward and saw a tear roll down the cabby’s cheek.

“My grandma used to take me to church when I was a little kid,” he began in a voice filled with emotion. “She would talk to me about Jesus. I even prayed with her. But then she died, and nobody has talked to me about Jesus since. You’re right. There are so many people who need to be healed. I need to be healed. I have led a horrible life. My grandma would be so ashamed of me for all the bad things I have done. I don’t think Jesus would forgive me now.”

It was my turn to choke back tears. “Jesus hung on the cross between two criminals. One of them asked for His forgiveness, and Jesus said, ‘This day you will be with Me in Paradise.’ Jesus said that He didn’t come to preach to the good people or the people who thought they didn’t need His help. He preached to everyone—including the outcasts, the drunks and the prostitutes, the people who knew they needed Him. He will be there for you, too. All you have to do is ask Him to forgive you, and He will. He will forgive anything.”

My own recent past flashed through my mind—my doubts and failure to keep trusting God when things seemed to go so terribly wrong. “He can even forgive us for doubting Him,” I said, my voice breaking. “When we trust Him with our lives and accept that He knows exactly what we need and will answer our prayers in His perfect time, that’s when He’s able to do His greatest miracles.”

“Don’t worry about the money,” the cabby said. “I’ll take you wherever you need to go, and pay for it myself. What you’re doing is really important. Hell’s Kitchen is full of people who need to hear about heaven. I’ll pray more now, and I’ll try to be a better person. God sent you to me.”

We arrived at the mission, and he got out and helped me with my bags. I hugged him and told him Jesus would never fail him. He waited until someone came out to greet me, then he smiled and waved as he drove off.

The folks I told about the cabby were shocked. New York cabbies are notoriously some of the hardest people in the world, they said. They never give free rides to anybody.

But I knew that the real wonder of this encounter had not been the free taxi ride. It had been that two people who both needed to be closer to God had felt His loving touch. It took the tears running down the face of this seemingly hardhearted cabby to make me see that. The words God gave me for him were just what I needed to hear. God had sent him to me.

More in this category: « Spiritual Growth The Mountains and the Valleys »