Not Perfect, But Right 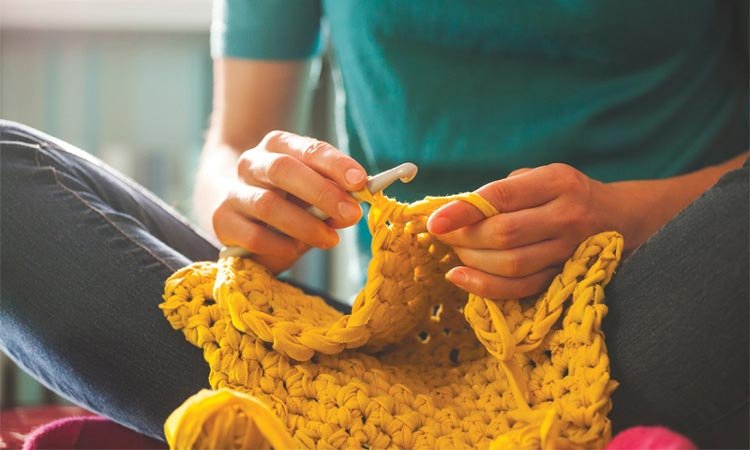 Recently, I decided to attend some free knitting and crocheting classes offered at a local community center. The idea of learning new things is more appealing to me at 63 than it has been for quite some time. Besides, I was hopeful that it would be beneficial in combating stress, something my doctor recently warned was affecting my health.

Of course, one begins as a beginner, and I haven’t truly progressed beyond that, to be honest. Still, I’ve completed a few simple projects, and I enjoy sharing the cute, albeit imperfect, results of my work with friends and family.

When I told my daughter that I wanted to crochet a beanie for her son, she suggested I fashion it after one worn by a character in one of his favorite movies. It looked doable, so I purchased the bright red yarn and got to work.

Halfway through the project, I realized that I’d made a small mistake toward the beginning that had gone unnoticed at first but had gotten bigger as I continued. It was necessary to go back and start again. As I unraveled the knots, I thought, This hat has to be perfect—well, not perfect, maybe—but right! The doing and undoing of my crocheting seemed to have marred the yarn texture somewhat, which I thought would probably be noticeable on close inspection. Still, I wanted the actual work and finished project to be done right, even if the material itself had some flaws.

Upon reflection, I felt God reminding me through this object lesson of my own life with all its imperfections, some barely noticeable and others glaring. And then the sound bite came to mind, “not perfect, but right.” Jesus reminded me that my life has been right, that of a person made righteous by Him, regardless of the material He had to work with, my human flaws, poor judgment, mistakes, and what I perceive as failures.

Then, there’s also the whole process of making things right once one has made mistakes or blunders. This can be so messy and downright convoluted, and require so much effort and even pain to disentangle. Thankfully, I feel secure in Jesus’ unconditional love and acceptance. However, going to others, be they family, friends, acquaintances—acknowledging my mistakes, and often not even being able to verbalize how or why I did such and such a thing—that is where the fabric of life seems to get rubbed and marred even more. I’m tempted to not even begin to try to make amends, because it’s almost always a painful, complicated process. Yet it yields a peaceable fruit of righteousness in God’s perfect time. The finished product is better, even with what may seem to be imperfections to the casual observer.

One biblical character I had quite honestly never held great admiration for is Lot.1 As a young Christian, I kept him in my mental file of those unworthy of my respect. I mean, talk about selfish! He chooses the best pasture land for himself, basically leaving the leftovers for his uncle, Abraham, who had magnanimously offered him first choice when dividing the land amongst them.2 This, after Abraham had taken Lot in when he was orphaned and brought him along on his journey to Canaan.

I figured Lot had it coming when he, his family, and all his goods were taken by the four kings that conquered the land of Sodom where he lived.3 I kind of wondered why Abraham would even bother to go to his nephew’s rescue after the greedy, grabby way he had behaved. But then, family is family, and love finds a way to forgive, I figured. However, instead of getting what one would think was a very clear hint in favor of leaving the city of Sodom, Lot actually returned there.

Nevertheless, Lot was considered righteous according to God’s Word,4 because of God’s grace and power to redeem, as the Bible repeatedly illustrates in the lives of many others. Many consider David and Paul to be the most noteworthy characters redeemed by God’s grace in the Bible; and of course, there are others throughout history, my current favorites being St. Augustine and John Newton.

Nowadays, after more than four decades of following and serving God as a missionary, mother, and teacher, the school of hard knocks has given me quite a degree. I can relate much better to Lot and his story. Like him, I’ve followed God, often not knowing where I was going. I’ve also been selfish and weary in well-doing. I wince now to reflect on times that I’ve lacked courage to stand up to opposition and do the brave and unpopular thing. My heart aches when I reflect on the occasions when I’ve failed to nurture, strengthen, protect, or care for those I love as I should have, and how they’ve been hurt because of that failure. Yet, God has taken these lacks and broken purposes to illustrate His great mercy and longsuffering with me as His child.

We are made right in Christ, according to His mercy and grace and divine design—and that is what matters, really, at the end of the day.

To rise from error to truth is rare and beautiful.—Victor Hugo

More in this category: « Finding a Balance Spiritual Growth »