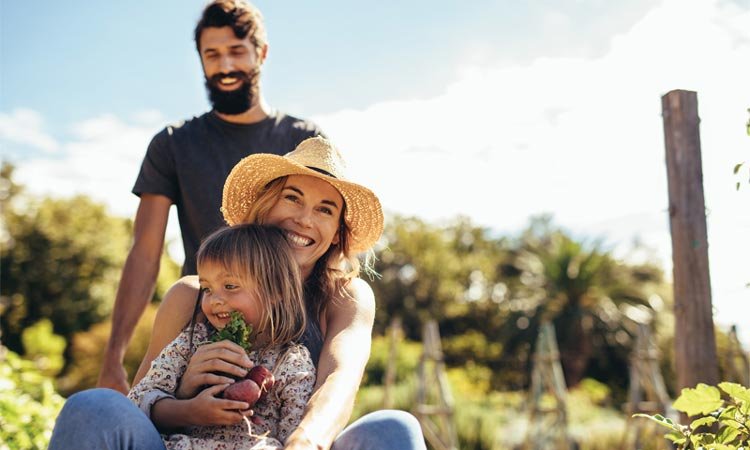 Everyone has times in their life when they feel that they’ve reached bottom and that things couldn’t possibly get worse. For me, one of these times happened when I found myself having to cope with a totally unfamiliar lifestyle and surroundings in a village outside Belgrade.

I was a city girl who had only read about country life in library books or heard about it in bedtime stories from my grandma. I had never experienced it in real life until my husband Michael and I found a cheap house in the Serbian countryside and decided to move away from the big city and raise our small kids in a natural environment. I thought it was such a romantic idea! The day we moved was a gorgeous spring day, almond trees were blooming, and flowers and green grass were livening up the garden surrounding the plain wooden house we were moving into. Everything looked so bright and cheery that I didn’t notice anything missing.

Well, later on, I surely noticed what was missing!

We had two small children under five, number three was on the way, and my husband had a job in the city as an English tutor. He would leave home early in the morning and come back late in the evening.

In our romantic wooden house, we had running water and electricity, but few other conveniences, such as washing machines or heaters. When Michael was home, things seemed okay, but the rest of the time, I was on my own. I was just starting to learn the local language, and the inability to communicate effectively with the few neighbors we had—and who all seemed to have it all together and figured out—compounded my feelings of isolation.

September came and our daughter Lara was born, a chubby little thing who brought us much joy but who didn’t seem to need much sleep! Winter was approaching, and conditions got progressively harder. More wood chopping, more diaper washing, shorter days, and a general feeling of helplessness. At the end of the day, Michael would often come back from work to find me in tears as I couldn’t start the fire in the stove or some other catastrophe had occurred.

A few months later, we moved to a better house, but the time I spent in that village became a reference point in my life, and one I’m even able to look back on with some fondness. I’m grateful for the strength and wisdom it infused in me and how the experience prepared me in a way for the rest of my life. If I made it under those conditions, I knew I could make it anywhere!

More in this category: « Changing