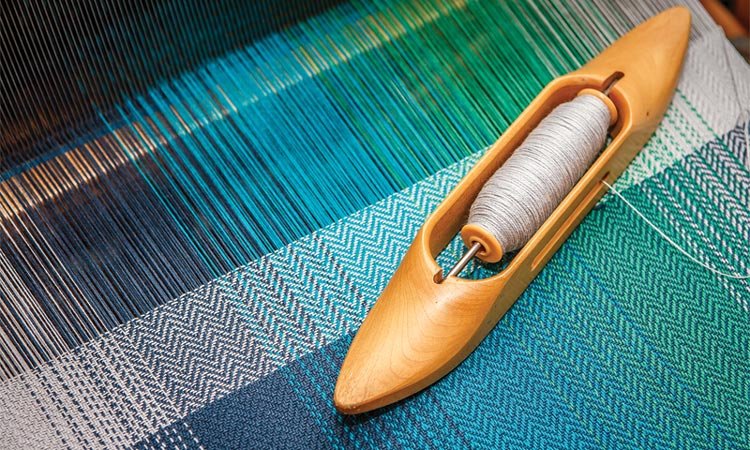 I found a beautiful knit cardigan on sale at an exclusive store I was browsing through with my granddaughter. We were in an artsy shopping area enjoying an afternoon together. The sweater was the perfect shade of blue that I love and a kind of cotton that is practical for Texas summers.

As I inspected it, I saw the reason for the steep discount. Under one of the arms, there was a snag that had unraveled and become a hole. As I looked at the knitting, I saw that it was a familiar stitch that I knew how to do.

I took it home and with a small crochet hook patiently began to weave. It took me a few hours, gently weaving under and over the threads pulling the strands together. It wasn’t something I could rush if I hoped to do it right. Eventually the hole disappeared and I twisted and tightened the loose yarn to look as it was originally designed.

I enjoy wearing that sweater and usually save it for special occasions. It’s even more meaningful to me because I know the story. I saw the problem and I was able to fix it. By patiently pulling and weaving the threads, I could make it look almost perfect.

It reminds me of the areas in my life that have, at times, become unraveled. An accident, a loss, a difficulty, and some area in my life fell apart. I felt like something discarded and useless until the Weaver saw me and gathered me in His arms. With gentle hands He mended me. He steadily pulled together the parts that had become unraveled. He fixed the damage. I would always remember what had happened, and there would always be a trace of the mending, but He made me useful again. God gently wove the torn threads of my life and made me whole.

You created my inmost being; you knit me together in my mother’s womb.—Psalm 139:13 NIV

More in this category: « Miracles from the Maestro