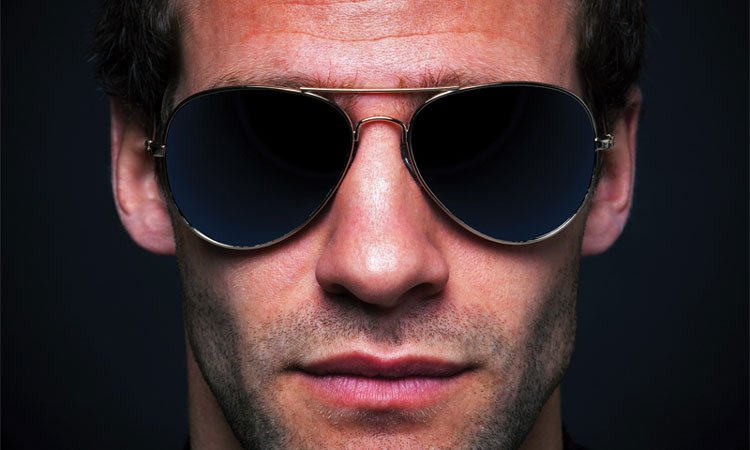 We all go through experiences in life that leave us with scars, and whether the scars are physical or emotional, we often try to hide them out of fear of what others might think if they were to see them. These scars could be anything about ourselves that we may feel ashamed of and try to hide—such as buried hurts from the past, inner struggles we face, physical traits we aren’t proud of, etc. Throughout my life I have come to learn that there is great freedom in being open about our scars rather than hiding them. Here’s an example of one of my proverbial scars I’ve learned not to be ashamed of.

Several years ago, I did a musical performance for the students of a university. When I finished, a girl who had been in the audience came up to me and told me how much she’d enjoyed the program. Then she made a request I wasn’t ready for. “Would you mind taking off your sunglasses for a moment? I’d like to see your eyes.”

For as long as I can remember, I’ve been wearing sunglasses when I go out or interact with others. Though I’m not ashamed of being blind, this was the first time a total stranger had asked to see my eyes, so I was a bit unsettled. But I told myself, What’s the big deal? Especially as it’s unlikely you’ll ever see her again.

I removed the sunglasses, and inwardly braced myself for what seemed like several minutes, though it had to be much less than that. Finally, she said, “Your eyes are beautiful. There’s no need to hide them.” I never saw her again after that, but I also never forgot what she said.

Some years later, I was introduced over the internet to the girl who is now my girlfriend. We didn’t live in the same city, so at first we chatted over Google Hangouts, then decided to try calling on Skype. The first call was just audio, as it hadn’t occurred to me to do a video call. When she suggested we try a video call the next time, I agreed—feeling more than a little nervous.

Before the call, out of habit, I donned my sunglasses. I knew they helped improve my presentation when I performed, and I wanted to put my very best foot forward. But to my dismay, after the initial greetings, she said, “I was hoping to see your eyes.”

This time, I was genuinely nervous. Unlike the girl at the university, this was someone whose opinion I cared about. But this moment would eventually come, and there was no use delaying the inevitable.

When I removed the glasses, I had the same sense of being closely examined. She said, “What beautiful eyes! You don’t need the glasses when talking with me.”

I recently heard a short, moving story that clearly shows how valuable certain scars can be, because of the reminders they carry. It tells of a boy who was attacked by a crocodile while swimming in a pond near his home. He screamed loudly as the creature grabbed him by the legs, and his mother, hearing the screams from inside the house, came running out and grabbed his arms. She held on with all her might, digging her nails into his flesh, until a neighbor who also heard the screams hurried over with his pistol and shot the crocodile.

While the boy was in recovery, a newspaper reporter came to see him and asked him if he’d show him the scars on his legs where the crocodile had bitten him. He rolled up his pants legs, then he said, “But these are the scars you need to see,” as he rolled up the sleeves of his shirt and revealed his mother’s fingernail marks on his arms where she had grabbed him. “I have these,” he said, “because my mother never let go of me.”

Jesus also had scars. Even after His miraculous resurrection, He still had nail marks on His hands and a hole in His side where He had been pierced. Though He was able to make them go away, He not only chose to keep them, He willingly showed them to His followers to prove to them that He had indeed resurrected, just as He had promised He would.

So if Jesus wasn’t ashamed of His scars, why should we be ashamed of ours? When we choose to let our scars show rather than hide them, God’s light and love can shine through them, causing an indelible impact on the lives of others for His glory. “Let your light shine before others, that they may see your good deeds and glorify your Father in heaven.”1

More in this category: « A Change from Within Miracles from the Maestro »