Miracles from the Maestro 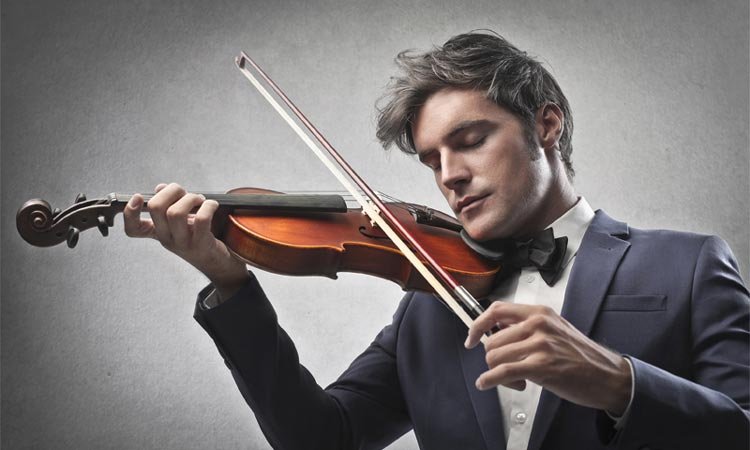 It is said that there are three artists that give us music: God, who gives us magical wood to make the instruments; the instrument maker, who after months of labor awakens the music dwelling in the wood; then the musical maestro, who liberates the music from its woody confines to set the listener free.

I witnessed firsthand an illustration of music’s redemptive power when I visited a women’s prison in Uganda. In some cases, these women were pregnant or lived within the prison walls with their children in tow, as there was no one else to take care of them.

I and a group of friends who were Christian volunteers had come to give the women some meaningful entertainment in the form of some music, a clown comedy and magic show, and a skit that I was to perform. In searching for a theme that would be relevant, I realized after finding out more about them that many of the prisoners felt that they were worthless and their usefulness in life was over. They were now just surviving day to day in hopeless mode.

I came across the poem of “The Touch of the Master’s Hand,” which seemed perfect for the occasion. The story is of an old beat-up violin that is put up for auction. At first it only attracts bids of just a few dollars, but after an old man comes up and plays it, the violin fetches a high price. Why did the same violin change in value so drastically? It was the “touch of the master’s hand” that played such beautiful music.1

These women had great worth and were still able to “make beautiful music” in their lives if they let the Master touch them. We performed the skit in their local language using a real violin. I mimed playing it to a recording from a violin maestro. After some simple directions, the audience played the part of the people bidding for the violin. Afterwards, many commented on how the story had given them new hope.

The story of how this poem came to be is also relevant. The author, Myra Welch, loved to play the organ in her youth, but because of severe arthritis, became bound to a wheelchair and could no longer play. One day she heard a sermon on God’s power to use people in spite of their shortcomings and handicaps and said, “I became so filled with light that I wrote it in just 30 minutes.” The fact that she could write it was an amazing feat in itself. She had to hold a pencil end in her twisted arthritic hands to laboriously bang out each of the letters on the typewriter keys. Nevertheless, she said, “the joy of writing outweighed the pain of my efforts.”

Even an old and seemingly worthless violin can transform lives. Something as small as a few fish and loaves can be transformed into a feast for thousands by the touch of the Master’s hand, as when Jesus multiplied the loaves and fishes.2 Moses found out that despite his inadequacies, something as common as a stick can be transformed into a rod of God to do mighty signs and wonders.3

The Touch of the Master’s Hand

‘Twas battered and scarred, and the auctioneer
Thought it scarcely worth his while
To waste much time on the old violin,
But held it up with a smile.
“What am I bidden, good folks,” he cried,
“Who’ll start the bidding for me?”
“A dollar, a dollar. Then two! Only two?
Two dollars, and who’ll make it three?”

“Three dollars, once; three dollars, twice;
Going for three…” But no,
From the room, far back, a grey-haired man
Came forward and picked up the bow;
Then wiping the dust from the old violin,
And tightening the loosened strings,
He played a melody pure and sweet,
As a caroling angel sings.

The people cheered, but some of them cried,
“We do not quite understand.
What changed its worth?” Swift came the reply:
“The touch of the Master’s hand.”
And many a man with life out of tune,
And battered and scarred with sin,
Is auctioned cheap to the thoughtless crowd
Much like the old violin.

A “mess of pottage,” a glass of wine,
A game—and he travels on.
He is “going” once, and “going” twice,
He’s “going” and almost “gone.”
But the Master comes, and the foolish crowd
Never can quite understand
The worth of a soul and the change that is wrought
By the touch of the Master’s hand.

More in this category: « Hiding the Scars The Gentle Weaver »