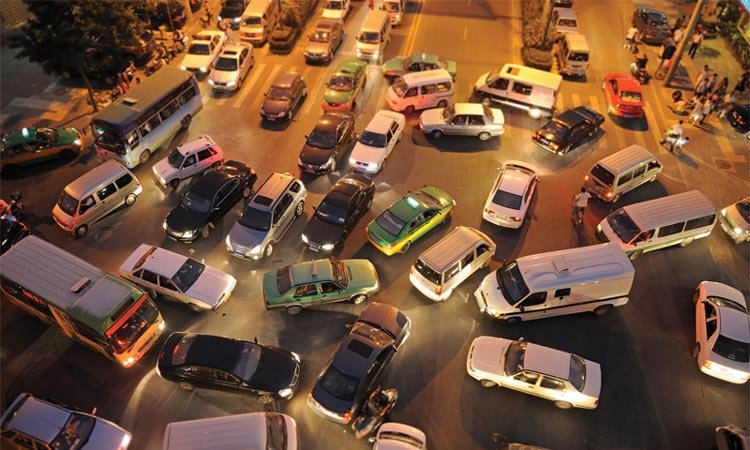 On a late Saturday afternoon, traffic crawled towards the congested, narrow intersection in the large metropolis. Pedestrians zigzagged through the lanes. Lines of cars were pulling out of one of the busiest shopping malls, adding a strain to the already overcrowded junction. With no traffic lights or traffic controllers around, the traffic quickly became deadlocked.

Seeing the problematic situation, an unemployed youth in a faded, dark blue sweater, ripped jeans, and well-worn tennis shoes weaved his way between the rows of cars, nodding his head to the beat of a catchy hip-hop song playing through his large, over-ear headphones as he sauntered over to the middle of the jammed intersection.

With a clap of his hands and several exaggerated arm motions, he signaled one lane forward while swaying his body to the rhythm of the music. No stiff hand signals or blank expressions like regular traffic controllers. This fellow danced with his heart and soul as he directed the swarming mass of traffic. Although he owned no special traffic control equipment, his whole expression beamed with joy and the satisfaction of knowing that he was doing something for the benefit of others around him.

First one lane, then another. Slowly the traffic began to move forward as he hopped, shuffled, bounced, jumped and twirled, clicking his fingers to the beat as he directed the lines of cars. Beads of sweat dripped down his forehead, but his whole face grinned as he continued his routine.

No one was expecting this kind of performance. Some drivers gave him a thumbs-up as they drove by; others passed him a tip for his effort and fantastic performance. Thereafter, the same young man showed up daily at the same intersection during the peak rush hour to help clear the jams. And every day, he danced his dance, beaming with pride at the job he did. He saw what needed to be done and he did it.

It wasn’t long before road safety officials noticed him and hired him as an official traffic controller. Now he not only had a paying job but a gold and blue uniform to match his beaming smile.

An ancient proverb says, “Whatever you do, do well.”1 In this young man’s case, his enthusiasm for the task at hand took him from being an unemployed youth to a new career—one that he could literally dance to.

More in this category: « The Snowball Effect Resolutions »