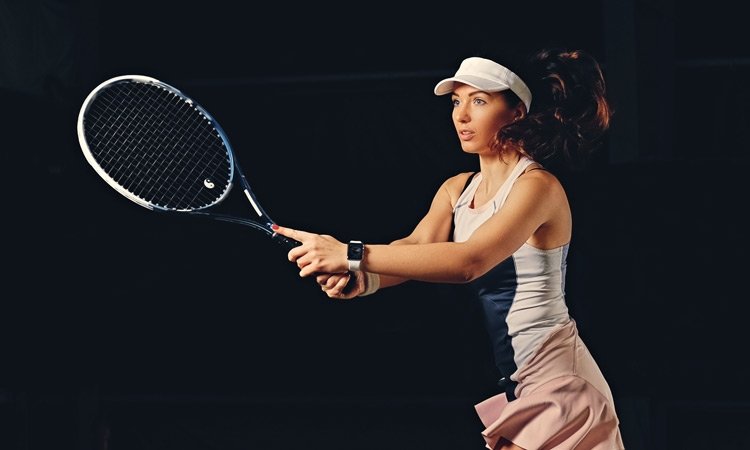 A good friend of mine decided to take up tennis. She bought all the gear, scheduled her first lesson, and headed off to the tennis courts.

When she got there, though, she was immediately aware that there were other people around. There were kids in the playground, people walking their dogs, and a group of others watching a baseball game nearby. Although none of them were watching her, having people around made her extremely self-conscious.

Her lesson started, but she could hardly hit the ball for nervousness. She kept looking around to see if anyone was watching. She felt silly and clumsy—and stupid for even trying to play.

Finally, the instructor sat her down. “You know,” he said, “no one ever succeeds at anything unless they’re willing to risk looking silly at first.”

He explained that until she could quit thinking about herself and how she looked on the court—basically, until she was willing to look silly—she’d never make any progress with learning to play.

As my friend told me this story, it got me thinking about how often I’ve done the same thing—and not just in sports.

I lived in Mexico for nearly eight years, but never achieved more than beginner-level Spanish. Meanwhile, my sister was able to speak fluently after just a few short years. What made the difference? Superior intelligence? A higher I.Q.? Greater aptitude for languages? More hours spent studying? Perhaps those were contributing factors. But the biggest reason was a whole lot simpler. She was willing to try.

When I hung back because I wasn’t sure how to say something, she stepped up and tried. When there was an opportunity to hang out with people who only spoke Spanish, I’d try to squirm out of it. My sister jumped at the chance to practice.

She made a lot of mistakes and looked silly sometimes. In fact, at the beginning, I was still able to tease her about things she said wrong, but she didn’t let that stop her. She’d figure out what she’d said wrong, find out how to say it correctly, and try again.

I wonder how many things I’ve missed out on simply because I was afraid to fail, to look goofy? More importantly, what big plans might God have had for me that I missed for the same reason?

Maybe it doesn’t seem like a big deal once a person achieves their goals, but no one starts off as a hero. They all had to risk looking silly in order to accomplish something great.

When Joshua and the children of Israel took on the city of Jericho, they had a strong army that had already defeated other enemies. But instead of fighting, God told them to walk around the city. You can imagine what they were thinking by the third or fourth day: Okay, we’ve been walking for a few days now and nothing’s happening. Jericho’s army is laughing at us. How idiotic we must look!

But they didn’t quit, and because they followed God’s instructions, regardless of how silly it made them look, the walls fell down, and the city was conquered.1

David was certainly the least likely candidate to face the giant Goliath. He had no weapons training, no battle skills, no giant-fighting history. On top of that, he was just a scrawny teenager.

Bestselling author John Grisham’s first novel, A Time to Kill, was initially a flop. The book was rejected by 16 agents and a dozen publishing companies. Finally a small company printed 5,000 copies, and Grisham purchased 1,000 of those to sell personally. He did his own little book tour, promoting his book in his hometown library, then in various libraries across the state. And it took a good few months before he sold off all those books. I imagine he felt nervous and maybe even silly trying to sell his own book to strangers. I wonder if he ever got hit with thinking I should just call it quits. During this time, however, Grisham didn’t give up on writing and worked on a second novel, The Firm, which became an instant success. His determination paid off.3

The Bible tells me I can do “all things through Christ who strengthens me.”4 It doesn’t say “all things perfectly, without mistakes,” or “all things easily, without looking silly.” If that were the case, I wouldn’t need Him to give me strength. I’d breeze right through life effortlessly.

Is there something you’ve been avoiding because you’re scared of failing? Are you running away from some challenge in your life because you don’t want to look dumb if you mess up? If you are, stop! Turn around. Face that challenge, dare to look goofy, and win!

More in this category: « Achieving My Dreams Start with the Frog! »