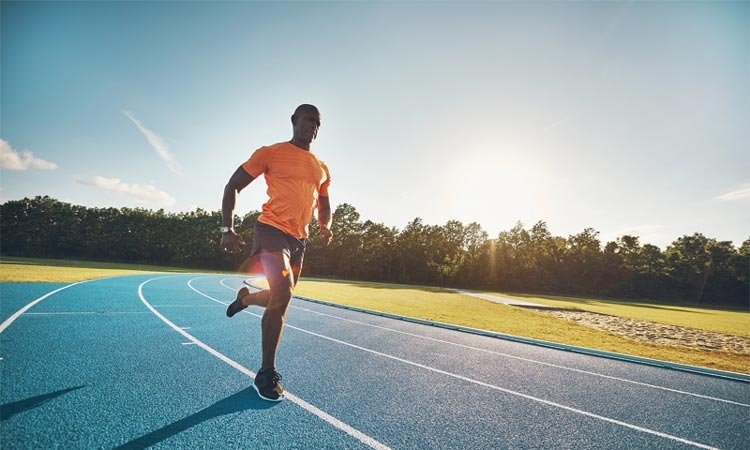 When you’ve worked as hard as you possibly could and yet you failed to make the grade, your dreams remain out of reach, and you feel you just can’t do it anymore, you can feel like giving up.

All of us have probably felt that way at some time or another. Maybe you’ve been in that situation recently. In fact, maybe you feel that way right now.

When you’re getting pounded and slammed again and again, how do you get through it?

You keep going, no matter what! As Winston Churchill said: “If you’re going through hell, keep going.”

Okay, that might be oversimplifying a complex issue, but really, in order to accomplish anything significant, you have to keep fighting day after day, no matter what roadblocks you run into. In the face of disappointment or even failure, that’s the time to try again, work harder, study more, and pray desperately.

All great accomplishments take a lot of work and time. When progress is slow and our plans or dreams aren’t coming together as quickly as we’d hoped, it’s easy to wonder if something’s wrong. More often, however, I believe that when we hit a brick wall we’re simply going through the normal paces required for progress and success. That’s just the road to accomplishment.

As we embark on a new adventure expecting quick results, if that doesn’t happen—or more likely, when that doesn’t happen—we can become disappointed and disillusioned, and even tempted to quit. Whereas if we realize that the path toward our goals isn’t likely to be an easy road, then we’ll face the challenges with enthusiasm, and we won’t be caught off guard or derailed when things are much more confusing, taxing, and time-consuming than we anticipated.

Former White House Press Secretary Tony Snow, who was in the midst of fighting cancer at the time, explained the challenges of life as follows: “God relishes surprise. We want lives of simple, predictable ease—smooth, even trails as far as the eye can see—but God likes to go off-road. He places us in predicaments that seem to defy our endurance and comprehension—and yet don’t. By His love and grace, we persevere. The challenges that make our stomachs churn invariably strengthen our faith and grant measures of wisdom and joy we would not experience otherwise.”

There are many different approaches to facing setbacks and disappointments. I don’t think there’s one perfect formula for overcoming difficulties. There’s no set list of “must do’s” if you’re looking to muster up courage and strength to endure fear, stress, heartache, frustration, or any of the other challenges that accompany the dry spells in our lives. I often find inspiration from true stories about people who have accomplished great things in the face of hardship or handicap. Sports provide some great examples along these lines because they’re such public examples and there’s a clear means of measuring their accomplishments. For example:

During a football game between the Chicago Bears and the New York Giants, one of the announcers observed that Walter Payton, the Bears’ running back, had accumulated over nine miles in career rushing yardage. The other announcer remarked, “Yeah, and that’s with somebody knocking him down every 4.6 yards!” Walter Payton, the most successful running back ever, knows that everyone—even the very best—gets knocked down. The key to success is to get up and run again just as hard.1

Sports isn’t the only arena that requires vision and persistence. You can find great examples in all walks of life, including business. Here’s a fairly well-known story:

Automobile genius Henry Ford once came up with a revolutionary plan for a new kind of engine, which we know today as the V-8. Ford was eager to get his great new idea into production. He had some men draw up the plans, and presented them to the engineers. As the engineers studied the drawings, one by one they came to the same conclusion. Their visionary boss just didn’t know much about the fundamental principles of engineering. He’d have to be told gently—his dream was impossible.

Ford said, “Produce it anyway.” They replied, “But it’s impossible.” “Go ahead,” Ford commanded, “and stay on the job until you succeed, no matter how much time is required.”

For six months, they struggled with drawing after drawing, design after design. Nothing. Another six months. Nothing. At the end of the year, Ford checked with his engineers and they once again told him that what he wanted was impossible. Ford told them to keep going. They did. And they discovered how to build a V-8 engine.2

Sometimes I set goals, but then whatever I’m working toward ends up taking so much longer than I planned or expected. Often things don’t happen according to our timetable, but maybe God has a different timetable, in accordance with His overarching plan. If we have faith and determination, then we won’t just quit and make excuses when something doesn’t work out as we had hoped. As Helen Keller reportedly said: “A bend in the road is not the end of the road… unless you fail to make the turn.”

Life can’t always be balanced. Sometimes you’ll find that you’re doing double or triple time; there’s work, the children, studying, managing the house, caring for a sick or disabled loved one or child, and on and on it goes. Those really tough times are what a friend of mine calls “the kill years.” That’s when you’re way busier than you want to be, you’re getting very little sleep and exercise, you have almost no free time, and you’re absolutely exhausted. And on top of that, you often don’t see the progress or success you had hoped for.

Whether you’re studying, starting a business, pursuing a new career, learning a new skill, or whatever you’re busy doing, it’s almost guaranteed that you’ll face challenges—a lot of them! Often it takes a long time before you see fruit, and you might face difficulties or opposition along the way. Take this example from the diary of the great evangelist and founder of the Methodist Church, John Wesley:

Sunday, A.M., May 5 Preached in St. Anne’s. Was asked not to come back anymore.

There are many true stories that illustrate the magic that happens when you refuse to surrender in the face of difficulty. Each of those stories is a testimony to the power of perseverance.

The takeaway for our lives is this: When we don’t quit, anything is possible.

More in this category: « The Quest for Success The Path of Most Persistence »