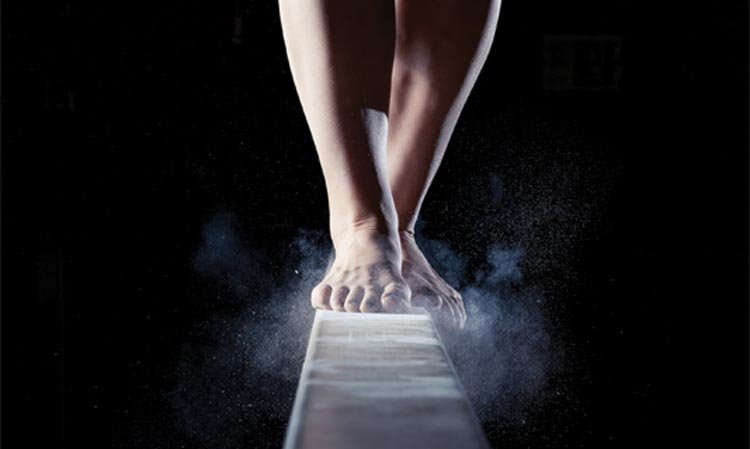 This has always been Jenni’s choice. She loves gymnastics and wants to take it as far as she can. She’d already won medals and was considered the best gymnast at her level in the area when she enrolled in this intense training program with the goal of earning a gymnastics scholarship for college.

A few months into the program, she’s admitting that it’s tough. Sometimes she gets frustrated at the combined load of keeping good grades in school as well as progressing in gymnastics, or the lack of time to hang out with her friends. Her coaches have high expectations and they expect her not to complain but to persevere.

So why does she do it? She’s following a dream. She’s taking her talent and developing it into a skill.

A lot of us haven’t got it in us to push ourselves toward excellence. The thought of the commitment, discipline, and hard work it would take is enough to dissuade us. Yet we all have the opportunity to develop excellence in our lives, to be the very best we can be, to do the outstanding. Sadly, the ingredient most often missing is the commitment to see it through.

In the parable of the talents,1 Jesus told of a rich man who was leaving on a trip. He called three of his servants and explained that he wanted them to care for his estate in his absence. He entrusted each of them with some talents according to what he must have already known about their characters and abilities.

To the first, he gave five talents, to the second, two, and to the last, one. These talents weren’t something that could be held in a wallet or coin purse. A talent was equal to about 43.6 kilos (approximately 96 pounds) of silver;2 and would be worth nearly US$ 30,000 in today’s value. So receiving five talents was a huge opportunity, but receiving even one talent wasn’t shabby either.

The master went away for a time, and upon his return, he wanted to know what the servants had done with his wealth. The first servant said, “Lord, you left me with five talents. I invested them, and now they are doubled.” The lord was very pleased and said, “Well done, my good and faithful servant. You have been faithful in handling this small amount, so now I will give you many more responsibilities. Let’s celebrate together!”3

The second servant had also doubled the talents he had been given and got the same response from his lord. The third servant, however, had a different story: “I was afraid I would lose your money, so I hid it in the earth. Look, here is your money back.”4

The master’s response was also different: “You wicked and lazy servant! … Why didn’t you deposit my money in the bank? At least I could have gotten some interest on it. … Take the money from this servant, and give it to the one with the ten … To those who use well what they are given, even more will be given, and they will have an abundance. But from those who do nothing, even what little they have will be taken away.”5 The third servant had hidden the talent to keep it safe and sound. But the master wanted to see him do something with it.

Some scholars credit this parable with being the origin of the current use of the word “talent” in the sense of “gift, ability, or skill.” When we look at the story in that context, it becomes obvious that God expects us to do something with the gifts, talents, and abilities He’s entrusted to us. “Doing something” involves some work and some risk.

I admire Jenni for what she’s doing with her talent. I know that what she’s learning through the discipline, sacrifice, and commitment involved will be of great value to her for the rest of her life. If you have a talent or skill that God has given you, invest in it. Grow it for God. You may not know now what He’ll do with it, but one thing you can know is that at the end of life’s journey, like the faithful servant, you’ll hear Him say, “Well done.”

More in this category: « The Rise of the Problem-Solver Forward to Success »