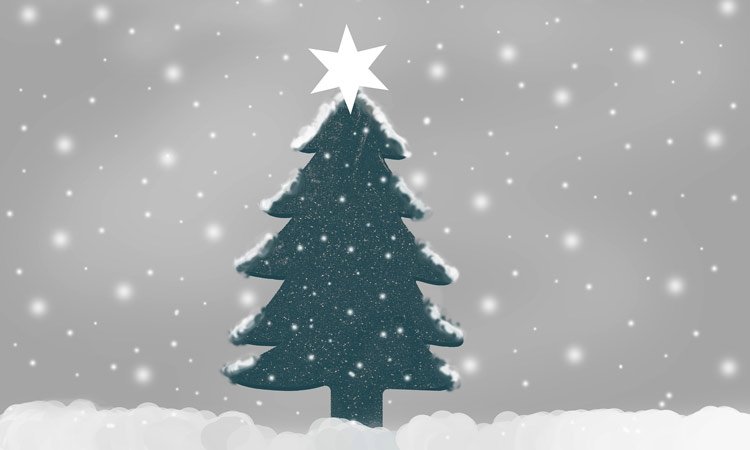 We children had always wanted a real Christmas tree—a tall, lavishly decorated one, like other families had. It would have “singing” lights, silver tinsel, and glass ornaments dressing its snow-topped branches. And of course, the space beneath it would be overflowing with presents.

But as another December came, our living room remained bare. New Christmas decorations were too pricey for a large missionary family like ours, so Mom pulled out the storage boxes and made the old decorations look as good as new. Then she went to work on handcrafted “stockings” made from shiny red paper and trimmed with cotton balls. My little sisters helped cut and paste. There were 12 stockings—one for each of us kids—and Mom strung them up on the staircase banister. My two brothers revived the old colored lights and strung them on the veranda.

For a Nativity scene, we molded little clay figurines, then baked and painted them. Someone gave us a set of three cherubs that were the perfect match until we kids—all determined to keep rearranging the figurines until we found the perfect look—knocked over one of the cherubs and he lost his head.

Then one evening, Dad came home and announced that he had bought a Christmas tree. Curious and excited, we all gathered in the living room to inspect the tree. Our own Christmas tree!

“Isn’t it incredible?” Dad was always so enthusiastic.

In fact, it was a papier-mâché model of an evergreen, about a foot tall.

Dad hoped his enthusiasm would catch on. “And look, I bought a matching reindeer to go with it!” With some fanfare he produced the reindeer—also made from recycled newspaper.

That was just like my father! Even though he didn’t have much to spend on extras, he always tried to help those who had even less by purchasing some of their wares. As a chaplain in the national correctional system in the Philippines, he had collected many such handcrafted items. The previous year, there had been an intricately carved battleship sitting serenely on our library shelf until my brothers went to war with it. The year before, our house had been filled with glass bottles containing miniature scenes—homes on stilts, tiny matchstick people, palm trees by the beach.

My brothers would collect newspapers and old magazines for the inmates, and my sisters and I would help sell their handmade Christmas cards. The profits went back to their families.

“I suppose we could fix it up,” one of my sisters suggested. So we set it up on the phone table, which almost seemed too large for it. Mom cut ornaments from cardboard—stars, bells, and candy canes. Glitter glue gave the tree a touch of sparkle. I remembered a pair of plastic doves covered in white mesh that I’d found in a wholesale store. They went up as well. We strung colorful miniature lights, which flickered prettily over Mary, Joseph, Baby Jesus, and the two and two-thirds cherubs.

Christmas came all at once to our merry little home, and I’ll never forget it. That year in particular was a struggle for our family, but it was also one of the most memorable.

We never got our store-bought Christmas tree. Instead we got one that truly represented our family’s love. Our home was never outfitted with fancy décor, but it was filled with the laughter of happy children and the melodies of meaningful Christmas carols. Santa never fit in with our family, but you can bet we caught Mommy kissing Daddy somewhere near that tree. And as for Christmas presents, our parents gave us gifts that no amount of money could ever buy.

We spent many happy moments together as a family. Our parents taught us that Christmas was for giving of our hearts to others, and that the same selfless love should color our lives, not only at Christmas, but all year round—just like a real evergreen.

Love Came Down at Christmas

At Christmas, our attention is drawn to the birth of a baby some two thousand years ago. It was the humblest of beginnings, and His parents, Joseph and Mary, did not think they were important.

Jesus Christ lived obscurely for most of His life, and never traveled far. He was maligned and rejected by many, though He had done no wrong. And yet, billions of people now follow His teaching and find in Him the guiding light for their lives. I am one of them, because Christ’s example helps me see the value of doing small things with great love.

The message of Christmas reminds us that inspiration is a gift to be given as well as received, and that love begins small but always grows.

Born in Manila in 1981, Nikki “Nyx” Martinez is a multimedia artist and writer. Follow her work and journeys on www.nyxmartinez.com.

More in this category: « The Light of Christmas Christmas Is for Kids »