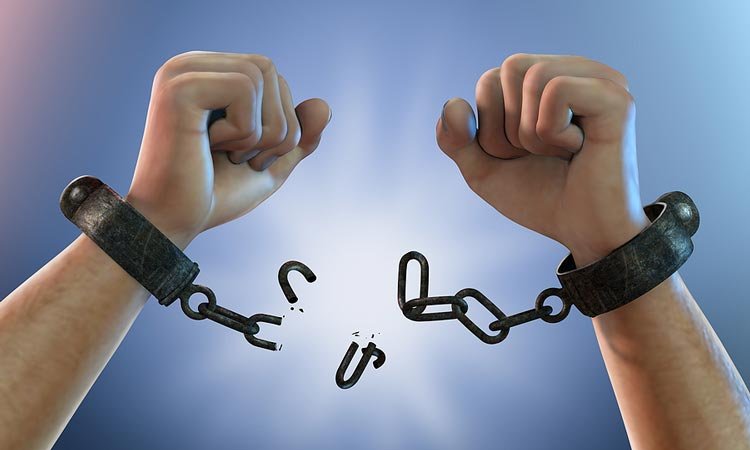 One by one the prisoners filed into the small meeting hall. Each one wore the same gray outfit and had the same closely trimmed haircut, but their faces showed that each was an individual with his own story of what had brought him to this place.

“I am arranging for the most hardened and dangerous criminals to watch your program,” the warden had told us. “Many of them will never see freedom again. They are the ones who most need to hear what you have to say.”

It was three days before Christmas. After passing through the many gates and checkpoints of this maximum security prison, our children were about to perform and speak to these inmates. One man in particular caught my attention. He was one of the last to enter the hall, and he seemed to be the oldest. His step was halting, his hair turning white. What is an old man like him doing in here? I wondered.

“Mom, did you see that old man in the back?” my son asked. “You should try to talk to him.”

“Yes.” But how? I wondered. We weren’t supposed to mingle with the prisoners. Please, Lord, make a way.

The children did very well in their presentation. It was beautiful to see the sullen faces light up with smiles and the men nod in agreement, reflect on the message of the stories being told, and finally bow their heads in prayer. Many were moved to tears. After final bows, Christmas greetings, and farewells, the long gray line of prisoners started moving again, this time in the other direction.

I quickly made my way to the back to try to find the old man. I knew I would only have a few moments before he stepped into the line. Our eyes met as if he had been waiting for me. “Your children were wonderful,” he said. “They have so much love, so much joy. When your daughter started singing Psalm 23, I couldn’t help but cry. I’m 68 years old, and I was a Christian myself once. I know that Psalm.” His hoarse voice started to sing in the local dialect, “The Lord is my shepherd, I shall not…”

His eyes grew red and watery, and he couldn’t finish the line. “I have done something very bad. That’s why I am here,” he whispered. I was close to crying myself.

I took his arm and said, “God loves you and His love is everlasting. Jesus has already forgiven you and will love you forever and forever.” It was all I could think to say in the moment I had with him, but this simple truth had a profound effect. A smile came over his tear-streaked face and he straightened himself, as though a heavy burden had been lifted off his shoulders.

“Thank you for reminding me of that.” Then it was his turn to join the line of prisoners filing out of the meeting hall. He waved as he turned the corner, and then he was gone.

As we were driving home, I thought, This man had committed a serious crime that no doubt hurt others, but God still wanted to remind him of His love and forgiveness.

How many people, I wonder, are walking around in the world today just like that man, imprisoned by guilt and remorse over past mistakes and wrongdoing? They feel condemned for things they’ve done, things they said, or the things they should have done or said but didn’t. Yet all it takes is a simple reminder of God’s unconditional never-ending love, mercy, and forgiveness to bring back hope and light the darkest place of the saddest heart.

Li Shuping Sichrovsky works as a missionary and Christian counselor in Taiwan.

More in this category: « My Sophomore Christmas Christmas Reset »