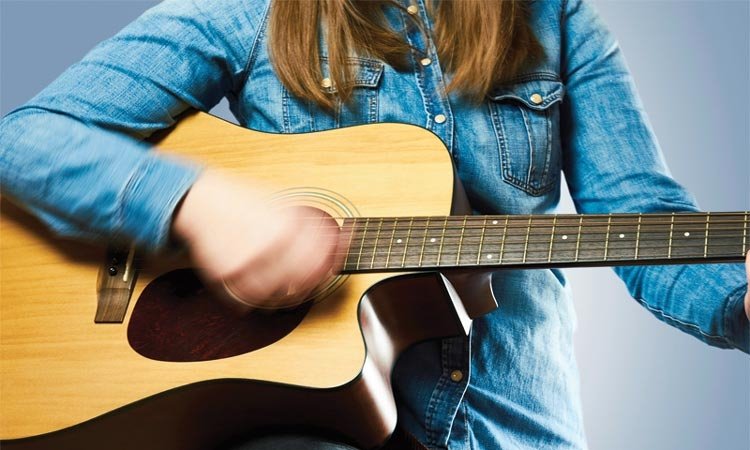 It was my first Christmas in Taipei, Taiwan, when I heard the Christmas classic “Silent Night” sung in Chinese for the first time. It made a special impression, and I remember thinking that I had to learn the words. The first line was fairly easy—after all, half of it is the song title—but beyond that it got harder.

Even though I could only understand the most basic words in Mandarin Chinese, two friends and I felt we couldn’t let our lack of vocabulary deter us from sharing the Christmas spirit. Before I knew it, we were propelled into a busy schedule of Christmas benefit performances. The ten days leading up to Christmas were packed with carol singing and song and dance performances.

My second Christmas in Taipei, our voices bounced off the slick walls of some of the city’s trendiest malls and rang down the stark corridors of a detention center for delinquent boys. The appreciation we received from the boys was touching—thanks etched on each face for sharing with them the true meaning of Christmas. Patients at the hospitals we performed at that year also thanked us for remembering them. We dressed as clowns and brought smiles to the faces of the orphans we visited.

As I helped pass out donated toys to needy children, it occurred to me that God always has the perfect Christmas gift for everyone—exactly what He knows each one needs most at the time. I recalled homes for the elderly, where the hugs from children soothed hearts that ached for their own absent families. At a shelter for the poor, a load of assorted gifts included baby items that came as an answer to a young mother’s earnest prayers.

Then came my third Christmas in Taipei. By this time I had finally learned “Silent Night” in Chinese, but since I was accompanying our little singing group on the guitar, I was out of the spotlight during our shows. We went from centers for the disabled to hospitals and back again. Each time I played “Silent Night,” I remembered that little voice telling me to learn the words in Chinese. I wondered why I had gone to all the trouble.

A few days before Christmas, I was standing in the lobby of the Yang Ming Hospital, plucking absent-mindedly at my guitar. Our show was over, and some of the others had gone into the wards to cheer up patients who hadn’t been able to come to our performance. Someone had to stay with our equipment, and that happened to be me this time.

Then I saw him—an elderly gentleman, probably in his late 70s. He smiled, and I smiled back. He motioned for me to sit beside him, and I eased myself onto the bench, letting my guitar slide down to the ground behind me.

“Thank you … for coming here,” he said slowly. It took a moment for me to realize he was speaking in English. I asked him if he had enjoyed the show, and we quickly switched to Mandarin when I realized he had exhausted his English vocabulary.

He was sorry he hadn’t seen our show, he said, but had heard about our ongoing work at the hospital and thought it was wonderful that we would come to his country to do all this. He made a wide, sweeping gesture with his hands to accentuate “all.”

Trying to keep the conversation alive, I told him that I had come to the hospital the year before too.

“And you may come the next,” the old man replied in Mandarin, with a twinkle in his eye, “but I won’t be here.”

I felt foolish when I realized that he wasn’t talking about not being at the hospital. He didn’t expect to live to see the next Christmas.

“If you like,” I stammered awkwardly, “I can sing you a song now. I’m only one person and I don’t know many songs, but…”

A look of satisfaction came across his wrinkled face, and he gave a sigh. “There is one song I would like to hear,” he said.

I cringed at the thought of having to meet a specific request. I would hate to disappoint him. And then my eyes fell on the piece of paper he was holding in his hands. It was the gospel tract I had given him when I first sat down. On the front was an illustration of a present wrapped with ribbons and the words “Christmas Gifts for You.”

And then I understood. Through all those toys and other presents, the laughs, the tears, and the encouragement we shared with others along the way, God was bringing to each heart the gift they most needed. I just had to be willing to be His hands and feet, His eyes, His ears, His mouth. Suddenly I knew it was going to be okay. I smiled bravely, even before he finished his request.

More in this category: « The Way Home Alone at Christmas? »