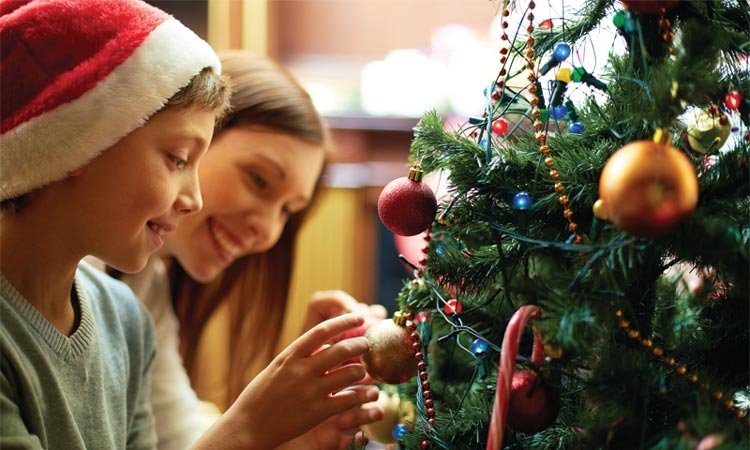 I grew up in Communist Romania, where there was a state ban on religion, so “finding Christmas” wasn’t easy.

“Don’t use the word ‘Christmas’ at school or with people you don’t know,” I remember being told when I turned school age. We used the word at home because some members of my extended family were old enough to have grown up before the ban and still secretly kept the holiday. With everyone else, the tree was to be called “the New Year tree.” Christmas was “the winter holiday.” If we children received gifts, there was no mention of Christmas attached.

I was only a few years old when we got our first tree. It had real candles on the branches, and each day, my reward for being good was having the candles lit for a few minutes.

A few years later, I remember looking at the only Orthodox icon in our house through the branches of the Christmas tree and wondering if there was any connection between the two. Who is that pictured there? Why do we keep a picture of someone we don’t know?

I also remember the first Christmas I celebrated in the countryside with other members of my family. The people there had a bit more freedom, and we listened to Christmas carolers sing about the first Christmas. It was beautiful, but it didn’t make much sense to me. It wasn’t until the Communist regime collapsed that I got a chance to learn about Christmas and other truths from the Bible.

When I became a mother, our apartment was filled with Christmas music, and every corner was decorated, but my face was often tearstained. I was happy, yes, but my heart also broke at the thought of God giving up His only Son to save us. The thought of giving my own dear Emanuel for someone else was more than I could bear. I might be able to give my own life for another, but never my son’s!

The thought of God letting go of His only Son, knowing what was to befall Him, was overwhelming. I was happy and thankful that God chose to do what He did, but it also broke my heart. The joy was there—the ever-present joy of Christmas—but so was the realization of the magnitude of the sacrifice that God made for us.

I still shed a few tears at Christmas when I remember the pain behind our joy, but the joy far outweighs the sadness. And that’s as it should be. It was a price God was willing to pay because of His love for us!

More in this category: « Alone at Christmas? Simple Joys »