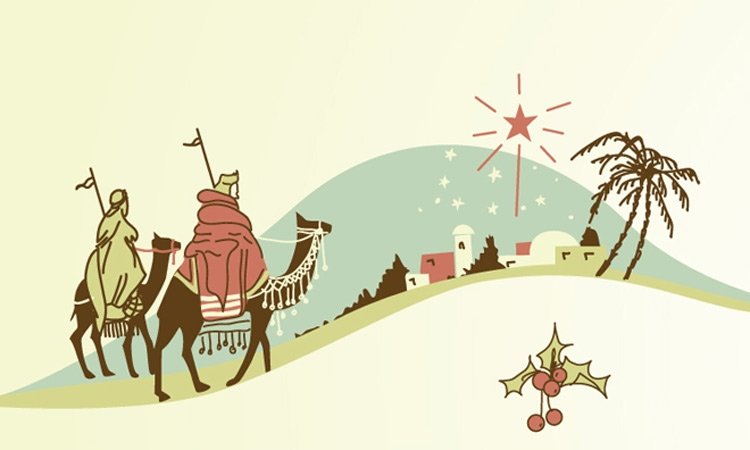 The baby’s first cry rings out, the umbilical cord is cut, and the proud parents and everyone else present—whether it’s an obstetrician and attendants in a gleaming hospital or a tribal midwife in a thatched hut—rejoice at the wonder they have just witnessed. The birth of Jesus on the first Christmas was all of that, but also involved at least eight more miracles.

To begin with, Jesus’ birth was announced before He was even conceived. “God sent the angel Gabriel to the town of Nazareth in Galilee with a message for a virgin named Mary. She was engaged to Joseph from the family of King David. The angel greeted Mary and said, ‘You are truly blessed! The Lord is with you.’ Then the angel told Mary, ‘Don’t be afraid! God is pleased with you, and you will have a son. His name will be Jesus.’”1 Miracle number one.

It is, of course, one of the best-known and most outstanding miracles that at the time of Jesus’ conception His mother, Mary, was a virgin. The Bible is very clear on that:

“Mary asked the angel, ‘But how can I have a baby? I am a virgin.’ The angel replied, ‘The Holy Spirit shall come upon you, and the power of God shall overshadow you; so the baby born to you will be utterly holy—the Son of God.’”2

This event was foretold 700 years earlier by the prophet Isaiah: “The Lord Himself will give you a sign: Behold, the virgin shall conceive and bear a Son, and shall call His name Immanuel [‘God is with us,’ in Hebrew].”3 In every sense, Jesus is the Son of God. Miracle number two.

Gabriel also told Mary that her cousin Elizabeth, who had been barren and was now past childbearing age, would give birth to a son: “Elizabeth your relative has also conceived a son in her old age; and this is now the sixth month for her who was called barren. For with God nothing will be impossible.”4 Elizabeth gave birth to a boy who grew up to be John the Baptist. Everything happened exactly as Gabriel had announced.5 Miracle number three.

What about Joseph, Mary’s fiancé? What was he to think when Mary returned from visiting Elizabeth and he found out that she was three months pregnant? As can be expected, his first reactions were mixed. “Joseph, to whom she was engaged, was a righteous man and did not want to disgrace her publicly, so he decided to break the engagement quietly.”6

Joseph wanted to spare Mary humiliation and possible death—the punishment for adultery under Jewish law7—but we can imagine the pain he must have felt, believing that his betrothed was bearing another man’s child.

That’s when God sent an angel to Joseph also, as much to reassure and comfort him as to clarify the situation, no doubt. “An angel of the Lord appeared to him in a dream and said, ‘Joseph son of David, do not be afraid to take Mary home as your wife, because what is conceived in her is from the Holy Spirit. She will give birth to a son, and you are to give him the name Jesus, because he will save his people from their sins.’8 When Joseph woke up, he did what the angel of the Lord had commanded him and took Mary home as his wife. But he did not consummate their marriage until she gave birth to a son. And he gave him the name Jesus.”9 Miracle number four.

It was also a miraculous fulfillment of an Old Testament prophecy that Jesus was born in Bethlehem, since His parents lived in Nazareth, some days’ journey away. “Bethlehem Ephrath, you are one of the smallest towns in the nation of Judah. But the Lord will choose one of your people to rule the nation.”10

The Roman emperor Augustus Caesar had decreed that an empire-wide census should be taken, and Jewish tradition required that for any such business each man return to the place that he considered his ancestral home. For Joseph, a direct descendant of King David, that meant returning to Bethlehem with his pregnant wife, and she gave birth to Jesus shortly after they arrived. Miracle number five.

Shepherds keeping watch over their sheep on the hillsides surrounding Bethlehem were visited by an angel, who told them, “‘Do not be afraid, for behold, I bring you good tidings of great joy which will be to all people. For there is born to you this day in the city of David a Savior, who is Christ the Lord. And this will be the sign to you: You will find a Babe wrapped in swaddling cloths, lying in a manger.’ And suddenly there was with the angel a multitude of the heavenly host praising God and saying: ‘Glory to God in the highest, and on earth peace, goodwill toward men!’”11

The shepherds left their flocks and went to Bethlehem, where they found the Messiah exactly as the angel had told them. “After seeing him, the shepherds told everyone what had happened and what the angel had said to them about this child.”12 What this means is that, from day one of His life on earth, there were people testifying to the fact that the Messiah had come at last. Miracle number six.

Wise men (according to tradition there were three, but the Bible doesn’t specify how many) from the East (the Bible also doesn’t specify where in the East, but possibly Arabia, Persia, Babylon, or even as far away as India) observed an unusual occurrence in the heavens, which they interpreted to signify the birth of the “King of the Jews,” and they went to worship Him.

Travel in those days was difficult and slow, and based on other Scriptures, it may have taken the wise men up to two years of preparation and travel before they arrived in Judea and gave their gifts to Jesus. “Behold, the star which they had seen in the East went before them, till it came and stood over the house where the young Child was. When they saw the star, they rejoiced with exceedingly great joy. And when they had come into the house, they saw the young Child with Mary His mother, and fell down and worshiped Him. And when they had opened their treasures, they presented gifts to Him: gold, frankincense, and myrrh.”13 Miracle number seven.

The supreme miracle of Christmas, however, is not about angels or wise men or a sign in the sky. It’s about God’s only begotten Son taking on the form of a weak, helpless baby in order to understand and sympathize with us in a unique way through all that He suffered and experienced, and to eventually die for you and me. “God has given us eternal life, and this life is found in his Son.”14

More in this category: « Living the Angels’ Message Through a Glass Darkly »