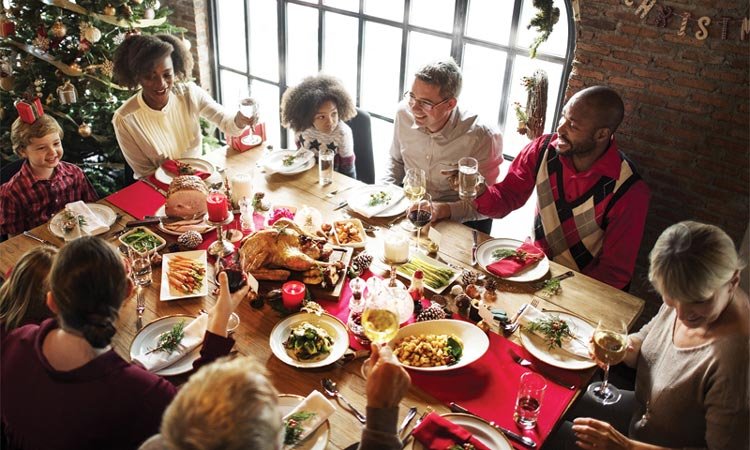 Ebenezer Scrooge and the Grinch—have you ever sympathized with them as the Christmas season approaches? Or perhaps not to that extreme, but maybe you’ve never felt the warm fuzzies that everyone else has? And would you like to figure out how to have a better Christmas this year?

A few years ago, I was working on a Christmas article for a children’s website, and I came across this startling piece of information: “By the early part of the nineteenth century, Christmas [in North America] had almost died out. The Times newspaper, for example, did not once mention Christmas between 1790 and 1835.”1

Curious, I asked Google why Christmas celebrations nearly disappeared during that period in American history. It turns out that many American settlers of the 1600s were Puritans—a group of very strict Protestants who believed that Christmas was a Catholic holiday and therefore not to be celebrated.2 And for the next 200 years, until the start of the 20th century, Christmas wasn’t celebrated by most people in America, and was celebrated quietly by those who did.

Nor was it celebrated in Oliver Cromwell’s England. Though in 1660, two years after Cromwell’s death, the ban was lifted, and Christmas was again instituted as a holiday.3 That said, from the mid-1600s to the end of the 18th century—almost 150 years—Christmas celebrations weren’t much like we celebrate today. It was during the Victorian era that so many of the holiday traditions that we currently celebrate were embraced. What changed? A lot had to do with one man writing a story about Christmas.

In 1843, British novelist Charles Dickens (1812–1870) wrote A Christmas Carol. Besides the story of the first Christmas, it’s probably one of the most popular Christmas stories of all time. In his novella, Charles Dickens idealized a certain kind of Christmas that we now base a lot of our Christmas perceptions on. You might think that with him writing such a wonderful description of Christmas as celebrated by Tiny Tim’s family, that this was how most of England celebrated Christmas—the tree, the Christmas carols, the dinner, the family togetherness, the gift giving. But not really. At least, not at the time.

“When we read or hear A Christmas Carol,” says Bruce Forbes4 in an interview with a regional radio program, “we are not seeing a reflection of what Christmas was like in his day; we’re seeing what Dickens would like Christmas to be.”5

At the start of the 19th century, “There was a lot of unemployment,” Dickens scholar John Jordan says. “There was misery, and [Dickens] saw Christmas as something that tended to function as sort of a counterforce to the negative effects of the industrial revolution.”6 So, many thanks go to Charles Dickens for somehow looking beyond how Christmas was celebrated at that time and creating a vision of something better.

I’ve been circling; what I’d like to say is that there’s nothing stopping you from creating your own Christmas traditions that have special meaning to you.

When I was growing up, I had Scrooge-like feelings when it came to the Christmas holidays. In the past few years, though, I’ve come to enjoy Christmas, and I think it has to do with creating new Christmas traditions for myself, or reminding myself of the meaning of the old traditions. I’ve come to understand that traditions are at their best when they are done to commemorate something that shouldn’t be forgotten—and which absolutely needs to be celebrated.

Here are three questions that might help you to find and create Christmas traditions that you’ll love. The traditions might even be things that you’ve done in the past, but which you may need a change of perspective on, or a renewed passion for why you’re doing them.

Who do I love?
Write a list of those who mean a lot to you. Celebrate your love by doing something with them or for them—something that will mean a lot to them. You could decide on reading through a book together during the Christmas season as a means of celebrating togetherness. Or decide on a list of things to be done together on each day leading up to Christmas. Or present a loved one with quotes, songs, or tiny cute or nonsensical gifts that celebrate who they are.

No rules; just make your loved ones feel loved. And that will mean something different for each person. So get out a notepad and start scribbling.

Who does Jesus want me to love?
We know Jesus loves everyone, and it’s easy to focus on the people very, very far away that Jesus loves, because if they’re 5,000 miles away, they’re a little too far for you to personally reach out to. So I won’t talk about those people super far away, but what about the people nearby—in your office, school, or neighborhood?

Are opportunities to show love to others being lined up for you this year? Consider saying yes. And not just in your mind, that part that rationally understands that Jesus loves others. But also in your heart, that place where you know doing so will require that you step outside of your comfort zone.

How can I celebrate love?
I recently bought a book on crafting children’s toys, and there’s a section on Christmassy stuff to make—wooden chests, painted toy soldiers, angel wings, etc. The one I’m going to try my hand at is the decorated paper bags that serve as an alternative for Christmas stockings. Throughout the season, I’ll write letters and rummage around for little gifts for my nephews and put them in their bags marked with their names.

These ideas might sound corny, but things have started to feel holy during Christmas. I think it’s because with every activity I take on, every batch of cookies I bake, every evening I commit to spending with loved ones, I know that I do it (or try to do it) because of this divine thing called love.

Decide on wonderful things to do for those you love; bathe your actions in love—and you’ll have one of the best Christmas traditions ever.

I’m loving the idea that for a long, long time, so many people around the world have gathered and done something in a particular way to celebrate a certain event or idea. That’s when traditions are at their best—when they’re done to commemorate something that shouldn’t be forgotten—but how it’s done could be different from anything that’s been done until now. So let’s get creative!

If the idea of Christmas feels rather dry and worn, I hope you’ll think of the guy who imagined a better Christmas, and how you can go about creating a better one for yourself too.