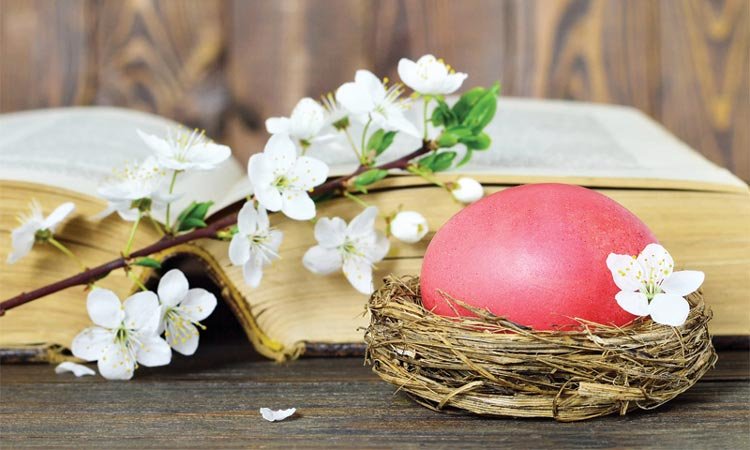 Easter is one of the most important Christian festivals of the year, celebrating Jesus’ resurrection three days after His crucifixion. Some Easter traditions in various countries may have originated in other faiths or customs, but they are nonetheless imbued with meaning we can relate to.

In Japan, wild lilies sprout up in uncultivated fields every spring, so it’s not surprising the lily is a favorite symbol of Easter there, as well as in many parts of the world. The pure white blossoms remind us how Jesus took us, dirty in sin as we were, and washed us clean. As the lilies sprout after a long winter, so Jesus gives us new life through His resurrection.

In Russia, Orthodox Christians hold a prayer vigil service on Easter Eve. A large lit candle on the altar represents Jesus as the light of the world and is used to light each worshipper’s candle. This tradition represents the spreading of Jesus’ light throughout the world.

Orthodox children in Greece and across Eastern Europe are sometimes seen tapping decorated eggs together. One child says, “Christ is risen,” and the other replies, “Risen indeed!”

Many people around the world dramatize the Easter story in Passion plays. Perhaps the most famous Passion play is performed by the villagers of Oberammergau, in southern Germany. It was first performed in 1634 as the result of a vow made by the inhabitants during an outbreak of bubonic plague, and with only three exceptions, the play has been performed every 10 years since 1680.

In Eastern European countries, the lamb is an important symbol of Easter. Many people serve lamb for the Easter feast, or make a lamb-shaped cake. Jesus is referred to in the Bible several times as the Lamb of God. For instance, upon seeing Jesus, John the Baptist said, “Behold! The Lamb of God who takes away the sin of the world!”1 On the very day that Jesus was crucified, the Passover lamb was being sacrificed in the Jewish temple. Sacrificial Passover lambs needed to be without blemish.2 Jesus was without sin, and His death purchased forgiveness of sin and salvation for all who would accept Him as their Savior.

Easter is a time to celebrate new beginnings. Let Jesus touch your life, if He hasn’t already, and He will give you heaven hereafter, as well as a wonderful new start here and now.

More in this category: « Easter Joy