The Passion of the Christian 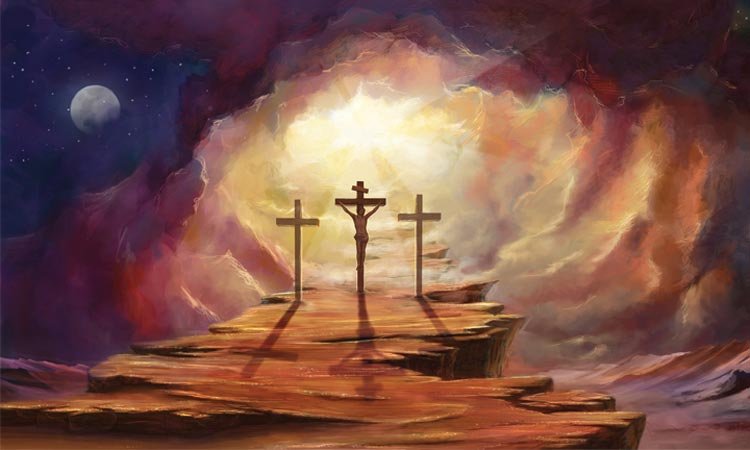 Each year, when Easter comes around, I find myself overwhelmed by the thought of what Jesus went through for us. So much suffering, anguish, and pain He took in the hours before His cruel execution. Not to mention the mental distress of knowing what was coming. Yes, He knew the purpose behind it all, but it was clearly still terrifying. In fact, Jesus requested an exemption from the cross.1

He could have held back, given up, or even called angels down to rescue Him.2 Why didn’t He? Because more than to end all the physical pain and mental torment, He desired to rescue us.

He loved without prejudice. When a Roman centurion—a participant in Rome’s oppressive military regime—came to Jesus, requesting healing for his servant, Jesus gladly healed the man. He loved the centurion, and his servant, as much as any other person.3 The Samaritan woman at the well was part of a foreign culture, one that the Jews did everything possible to avoid—and she was a woman. But Jesus saw a hurting heart and showed her she was special to God.4

He stepped beyond the social norms to show compassion. He was inclusive, even if it damaged His own reputation. A woman (described as a well-known sinner) once came up to Jesus while He was eating and began weeping in repentance. She washed His feet with her tears and then began drying them with her hair. The religious leaders and others eating with Christ were horrified that Jesus let such a woman touch Him. Jesus told them a parable of how a group of debtors were forgiven their debts and asked, “Who do you think will love the forgiving creditor more, those who had little to be forgiven, or those who had much?” When they answered that they supposed it would be those who were forgiven the most, Jesus simply said, “You have judged right.” Then He turned to the woman, and in front of everyone told her, “Your sins are forgiven.” And that was that.5

He healed the sick even on a Sabbath—when work was forbidden by Jewish religious law—and explained why He did so.6 He dined with Zacchaeus, who was a hated tax collector.7 He spoke kindly to the despised lepers and made them whole.8

Jesus was moved with the plight of others. When Lazarus died, Jesus wept in commiseration.9 When Peter began to sink in the tossing waves, Jesus reached out and caught him.10 After the resurrection, even though Peter had emphatically denied any association, Jesus mentioned him by name, letting him know that forgiveness is always at hand.11 Even when Thomas doubted the reality of the resurrection, Jesus willingly let Thomas test the evidence for himself.12 He knew that His disciples were sometimes weak-hearted and swayed by emotions. And He knows that we are as well, yet He still loves us.13

Jesus stood up for what was right. He threw the moneychangers out of the temple and called out hypocrites and liars whenever He encountered them. While He was wise, longsuffering, and often gentle, He also made clear what He knew to be true, regardless of the consequences.14

So if we truly desire to be like Christ, Jesus Himself gave us the benchmark in Matthew 22:37–40 when He said, “Love the Lord your God with all your heart, with all your soul, and with all your mind [and] love your neighbor as yourself.”

If each of us loves God with all our heart, soul, and mind, we will naturally listen to what He says. We won’t put other gods before Him, take His name in vain, or forget to set aside time for Him. And if we love our fellow men and women as much as we love ourselves, we won’t lie, steal, kill, covet, and so on. In fact, we will go out of our way to do things for others. We will love unconditionally, for that is how we’ve been loved. We will stand up for what’s right, because God and His Word will be our example. We will help others, knowing that we are all equal in our Lord’s sight, even if that requires crossing the lines of the socially acceptable box.

There may be times we lose our way, disregard our Master, or even deny association. But just like the Prodigal Son, if we turn around and head toward forgiveness, our Father will run to meet us with open arms.

Through His suffering, death, and glorious resurrection on Easter morning, we can live every day with passion—the passion of a Christian.