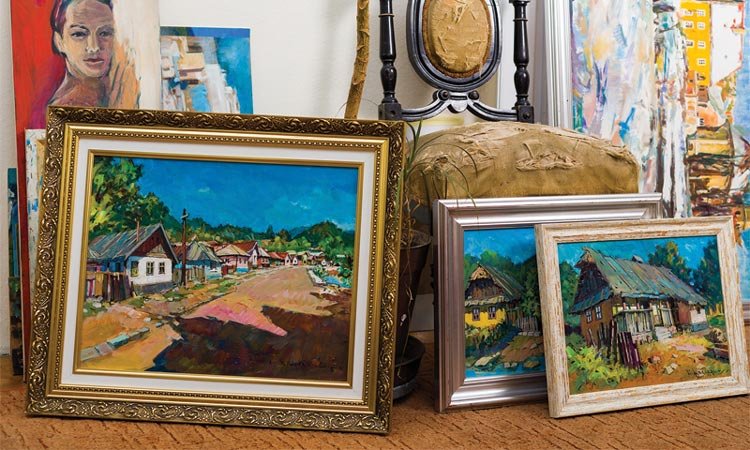 I recently reread the touching story of a wealthy man and his son who loved to collect works of art. (The story appears in several sermons and books, but the original author is unknown.) It goes like this:

When war broke out, the son went to fight and died while rescuing another soldier. Not long after, there was a knock at the father’s door. He opened to find a young man holding a large package.
“Sir, you don’t know me,” the young man said, “but I am the soldier for whom your son gave his life. He was carrying me to safety when a bullet struck him and he died instantly. He often talked about you and your love for art.” The young man held out his package. “I know this isn’t much, but I wanted you to have this.”
The package contained a portrait of the son, painted by the young man. The father hung the portrait over his mantle, and thereafter, he always showed visitors the portrait of his son before he showed them any of the masterpieces in his collection.
When the father died, an auction was organized to dispose of his art collection. On an easel next to the platform was the portrait of the son. The auctioneer pounded his gavel. “We will start with this picture of the son. Who will bid for this picture?”
Silence. Then a shout came. “We want to see the famous paintings. Skip this one!”
The auctioneer was unmoved. “The son. Who will take the son?”
Finally the family’s longtime gardener spoke from the back of the room. “I’ll give $10 for the painting.” He felt embarrassed offering so little, but it was all he could afford.
“We have $10. Will someone bid $20?”
“Give it to him for $10, and let’s get on with it!”
“Going once, going twice, sold for $10!” The auctioneer pounded his gavel. “The auction is ended,” he announced. “When I was called to conduct this auction, I was told of a secret stipulation in the man’s will: only the painting of the son would be auctioned, and whoever bought that painting would inherit the entire estate. The man who took the son gets everything!”
Like the auctioneer, God’s question today is, “Who’ll take the Son?” Because, you see, whoever takes the Son receives everything.

God’s Son died for us nearly 2,000 years ago. This Easter, let’s remember Him together.

More in this category: « What If? The Passion of the Christian »