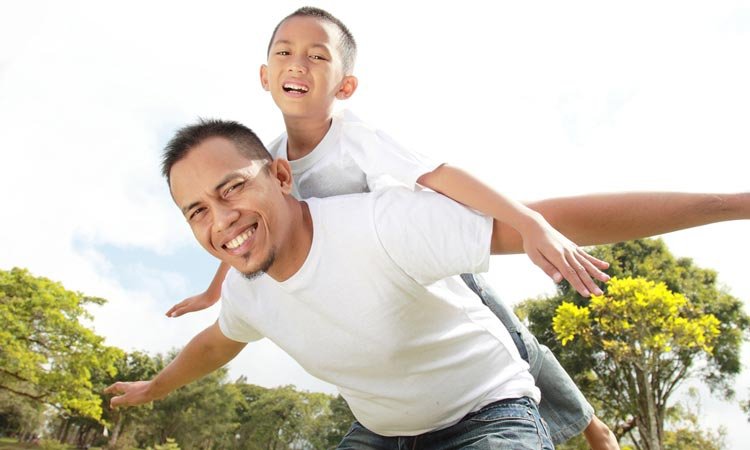 My father didn’t tell me how to live; he lived, and let me watch him do it.

My father used to play with my brother and me in the yard. Mother would come out and say, “You’re tearing up the grass.” “We’re not raising grass,” Dad would reply. “We’re raising boys.”

A father carries pictures where his money used to be.

When I was a boy of 14, my father was so ignorant I could hardly stand to have the old man around. But when I got to be 21, I was astonished at how much he had learned in seven years.

The greatest gift I ever had

Came from God; I call him Dad!

Any man can be a father. It takes someone special to be a dad.

Character is largely caught, and the father and the home should be the great sources of character infection.

You have a lifetime to work, but children are only young once.

A man’s children and his garden both reflect the amount of weeding done during the growing season.

Father of fathers, make me one,

A fit example for a son.

Directly after God in heaven comes a Papa.

—Wolfgang Amadeus Mozart as a boy

I watched a small man with thick calluses on both hands work fifteen and sixteen hours a day. I saw him once literally bleed from the bottoms of his feet, a man who came here [to the U.S., from Italy] uneducated, alone, unable to speak the language, who taught me all I needed to know about faith and hard work by the simple eloquence of his example.

A good father is worth a hundred teachers.

Until you have a son of your own, you will never know the joy, the love beyond feeling that resonates in the heart of a father as he looks upon his son. You will never know the sense of honor that makes a man want to be more than he is and to pass something good and hopeful into the hands of his son.

—Kent Nerburn, Letters to My Son

To her the name Father was another name for love.

More in this category: « My Father’s Influence Thank You, Dad »