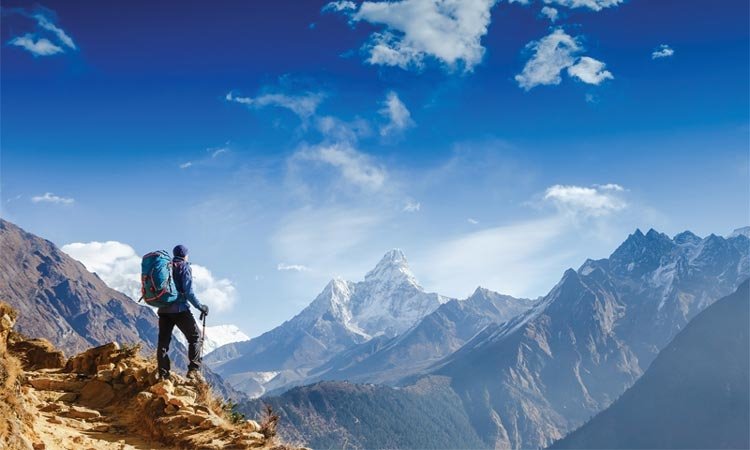 Even the best climbers need guides when they climb unfamiliar mountains. In fact, only a foolhardy novice would try to go without one—a novice like me.

Years ago, I was on vacation in Switzerland, and on the last day, a friend and I decided to climb a nearby mountain.

It was late afternoon by the time we got started, and we hadn’t gone far before we passed a rugged shepherd on his way down with his sheep, after a day of grazing them further up the mountain. “Darkness comes early and suddenly in the mountains,” he warned. “Wait until tomorrow and hire a guide.” But tomorrow would be too late. By the next afternoon, we’d be on a train home, so we trekked on.

As sure as night follows day, we were soon in near total darkness. Because it was overcast, there wasn’t even any moonlight or starlight. We could barely make out the rocky trail right at our feet, let alone see ahead. One misstep and we would go tumbling down the mountain. We would have to spend the night on the mountain.

We had one sleeping bag with us, so we took turns sleeping in it.

Then it started to rain—pour, actually. Now we were not only cold but also drenched, and so was our sleeping bag. We managed to take refuge under an outcropping of rock, and after what seemed like an eternity, dawn broke, the rain stopped, and we were able to make our descent.

On our way down, we passed the same shepherd we had talked to the previous afternoon. He shook his head in silence and gave us a look that was a mix of amusement and relief. Had it gotten much colder that night, we could have died of exposure.

Taking on the challenges of the new year is like climbing a mountain: Although it’s a lot of hard work and potentially dangerous, it holds special rewards for those who rise to the challenge and don’t quit till they reach the summit.

But sometimes we become too self-confident and feel that we can go it alone. If we’re smart, we’ll realize that we need the help of a mountain guide, and of course there’s no better guide than Jesus, the “Chief Shepherd” of our souls.1 He knows where the green pastures are, as well as where the dangers lie. If we stay close to Him, He will help us reach our goals for the coming year.

More in this category: « On the Cusp of the Year When Less Is More »