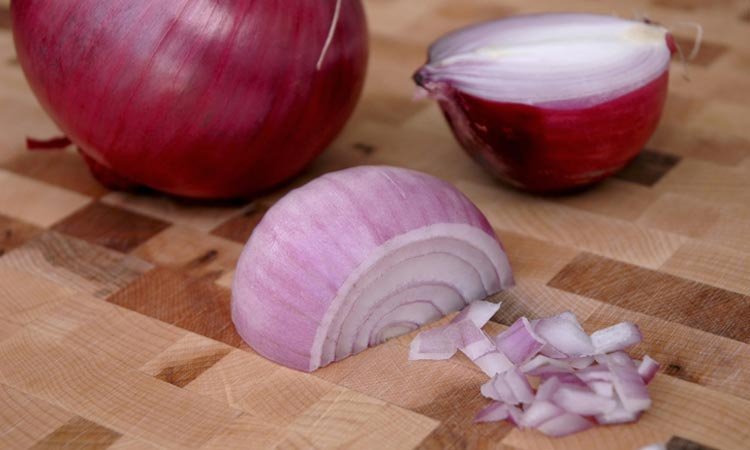 My friends and I decided to do something different to celebrate New Year’s Eve. Everyone would bring or do something that represented the past year. One person made a collage of photos—experiences, new friends, family, and so on. Another sang a song she had written. Two others sang songs that held special meaning for them.

When it was my turn, I brought out two onions, one whole and one chopped. Earlier that day, when I had prayed about what I should do for my presentation, Jesus told me to take onions.

“Why onions?” I asked. “What do they represent?”

Jesus explained that like an onion can be peeled back layer by layer, He had been peeling away at me for the past year. Slowly but surely He had pulled back the layers I’d built around myself—my self-image of being in control, or the way I acted tough, as though no one could hurt me, for example. As the year had progressed, more layers had been peeled back.

But Jesus didn’t stop there. He let me go through difficulties that left me feeling like an onion that had been chopped up. These experiences brought some tears, as chopping an onion does, but like the chopping releases the onion’s flavor, I know that Jesus has a good purpose for everything He does or allows to happen. Through it all, I believe, He was reshaping me for bigger and better things to come.

An onion isn’t something that most people like to eat on its own, but it can enhance many other foods. I think I’m a bit like an onion in that regard too. Outspoken and sometimes a little sharp, I’m best in group and team situations, where personalities and talents blend to make a “tasty dish.”

So that’s been my year in a nutshell—or an onion skin. I never thought I would be compared to an onion, but Jesus did—and it makes sense.