When Less Is More 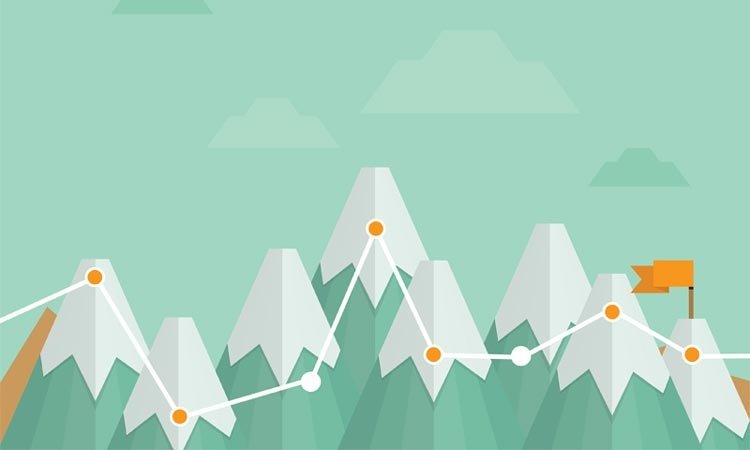 It’s a clichéd résumé line, but I’m a goal-oriented person. For as long as I can remember, I’ve set goals, and in particular New Year’s goals, and then worked to achieve them. A lot of New Year’s resolutions fail because they’re just things people say while caught up in a moment of passion (or guilt), only to soon forget or ignore. That isn’t the case for me.

However, I have learned that I tend to be overly ambitious. I reach some goals, but still end up discouraged, or sometimes reach goals that were semi-important but not the most important ones. It isn’t because I don’t keep my goals in mind and work toward them consistently, but because I fail to plan realistically, factoring in my own limitations or building in enough time for “just living life.”

I recently reviewed my past eight years’ worth of resolutions, which have usually been a combination of work accomplishments, fitness achievements, places I wanted to go, and things I wanted to learn or become more proficient at.

I set ten goals and only fully fulfilled two of them. Then there were several that I worked toward and got pretty close—for example, I planned to run 1,000 kilometers during the year, and I ran 850.

Something interesting I noticed when reviewing my goals at the end of the year was that I had told a lot of people about the two I fulfilled, which of course then spurred me to follow through.

Something else that stood out was that there were at least two items on my list where I realized later that I don’t really want to do that anymore, or wondered, How did that get on the list? Whims, not goals.

In an attempt to learn from the previous year, I told myself I would “only set one or two goals per category.” But I somehow ended up with six categories and eight goals. And those were all personal, so a few months into the year, I added seven work goals. So my total of 15 goals was even more than the year before.

I made a very specific rule for my goals this time, though, which was: If it’s not specific and measurable, it can’t go on the list. That must have helped, because I hit 11 of the 15.

In another attempt to improve my methods, I decided to focus on one big overarching goal. There were, of course, sub-goals under that (16 of them); but they were all connected and organized in a step-by-step style, and it mostly worked. Well, I hit nine. But the progress was valid and I was happy with it.

I set six goals. Hit five. I did a few things differently from previous years:

I took time every quarter to review my goals and progress.

I kept an ongoing list of all my accomplishments, both work and personal.

I made a “stop doing” list—this was a revelation! I read it somewhere and it made so much sense. In order to give myself more time for the things I wanted to do, I realized I had to free up time from somewhere, and I’m happy to say I was successful in discontinuing the three things I decided to stop doing.

The realities of life made my goals fairly easy that year—there were two biggies that weren’t optional—get a new job and get a new apartment—and I achieved them.

Then, of course, I had to go and set myself some optional ones. There were six. I hit three.

I changed the name of my list, from “New Year’s goals” to “What I want this year.” (I also spelled out “the means” of how to get them, whenever possible.)

I wanted nine things. I got six of them.

Again I went with the “what I want” list. I kept to two primary goals; but to fulfill them would take seven of what I called “support system” goals. Three of the seven went well, and they were the ones most important to me. But I didn’t fully realize either of the top two. I bit off more than I could chew, even with two—they were too big.

A quick recap shows me clearly that as much as I try to be realistic, I always overreach. If I set 10 goals, I’ll perhaps meet seven. If I set six, I’ll probably meet three. If I set three, I’ll meet one or two.

So this year I’m going with what I think is a brilliant plan: Just. One. Goal. There will be no way around it—it will be reached. With only one objective in sight, I am certain to focus, be intentional, and achieve it.

I still have my “bucket list,” which I regularly add to, and there’s no limit on entries for that (currently over 40!). They don’t have an expiry date of the end of the year, though—and anyway, desiring and dreaming are free. Achieving goals, on the other hand, takes clarity, focus, time, effort, and a healthy dose of realism.

More in this category: « Climbing the New Year First Day of School »