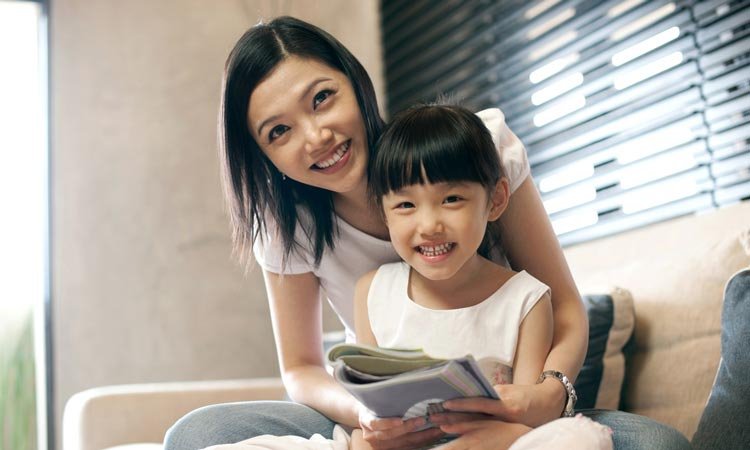 Parents who are concerned about their children’s progress at each stage of their development, as nearly all parents are, need to realize what an important role a child’s self-image plays toward that end. Children with positive feelings about themselves, who believe they can succeed, are far more likely to.

Children make their first judgments about themselves and their abilities in the context of their home. Parents can find opportunities every day to develop their children’s self-confidence, which in the long run will help them grow into well-adjusted, well-rounded adults.

Parents are often amazed to discover how capable and resourceful their children are in solving their own problems, with a little guidance. All children encounter problems; that is a necessary part of growing up. It is through dealing with such challenges that they learn problem-solving skills that are essential for success in life. It takes time and patience to help children learn to solve their own problems, but it is a wise investment that will pay big dividends when the children get older, their problems become more complex, and the stakes are higher.

One tendency of parents is to be too quick to fix the problem or provide the answer. That may meet the immediate need, but it hinders the learning process. It’s like the saying: Give a man a fish and you feed him for a day; teach a man to fish and you feed him for life. Teaching problem-solving is more important and more beneficial in the long run than providing solutions. Helping children work through their problems also shows that you have faith in them, which boosts their confidence and self-esteem.

This is how God works with us. He could solve all of our problems with a snap of His fingers, but instead He usually expects us to reason things through, consider our options, and do what we can before He will step in and do what we can’t. He involves us in working out the solution and brings us along step by step, not to make life more difficult but to help us grow from the experience.

No matter how much parents love their children and try to meet their needs, situations will come up that cause the children to feel insecure, and insecurity is often reflected in behavioral problems.

Bad behavior needs to be corrected, but unless the parent understands what prompted it, the correction may hinder more than help. Was the misbehavior the result of natural childish experimentation—a bad idea that seemed good or fun at the time? Or was it the result of insecurity—trying to fit in, impress, or win new friends after moving to a new neighborhood or changing schools, for example? Bad behavior is only a symptom, so correction alone is like lopping off the top of a weed; it will soon be back. Parents need to identify and go to work on the root of the problem, the underlying cause.

Depending on the age and maturity level of the child, try to help the child come to his or her own conclusions by approaching it from the problem-solving angle. That may not be easy in the heat of the moment, but remember, the goal is to correct the problem, not to punish the child. By making a clear distinction between the problem and the child and then involving the child in turning the problem situation into a learning situation, it is possible to build rather than undermine self-esteem, even in what might otherwise seem like an impossibly negative situation.

Not all children misbehave when they feel insecure; some become withdrawn or underachieve. But however the insecurity is manifested, the first step in rectifying the problem is to recognize it, and the second step is to go to work on the cause from a positive angle.

Mutual respect strengthens the bond of love in a parent-child relationship. It also engenders unity, obedience, and appreciation.

Respect within a family is manifested through consideration, understanding, thoughtfulness, a willingness to listen, and loving communication. And it works both ways; if you want your children to show you respect, show them respect.

Children learn by observation and imitate what they see. If lack of respect is the problem, it probably started with the child’s parents, peers, or other influences such as TV, movies, or computer games. Minimizing such negative influences is half the battle; setting clear guidelines as to what’s expected and then consistently upholding that standard is the other.

Ways that you can show your children respect include:

* Treating each child as an individual
* Being sensitive to their feelings; putting yourself in their position
* Not belittling them or using sarcasm when they falter
* Not intentionally embarrassing them
* Asking and suggesting, rather than giving commands
* Paying attention when they speak and hearing them out; not being too quick to provide your perspective
* Treating them as though they were slightly more mature than they actually are
* Giving their ideas serious consideration; thinking in terms of how you can help their ideas to work

Sometimes it seems that children choose the worst possible times to misbehave, and sometimes it is not so much actual misbehavior as it is annoying behavior. When parents are under pressure, are preoccupied with other work or other thoughts, aren’t feeling well, or are simply not in a good mood, that’s bound to affect the way they interact with their children. Some things that are normally allowed or overlooked—a certain level of noise or rambunctiousness, for example—push the parent over the edge, resulting in harsh words, more severe punishment than the offense actually warrants, or “the look” that sends the message “You’re in trouble” but leaves the child confused.

Children usually don’t see the big picture, so when a parent’s frustrations boil over like that, they often assume more of the blame than they actually deserve, which can lead to even more damaging conclusions—“Mommy wishes I wasn’t here,” “Daddy doesn’t love me,” “I’m no good.”

Avoid such confidence-shattering misunderstandings by catching yourself short of the boiling point and putting the questionable behavior in context. “I would love to hear you sing that song again, but right now I need to concentrate on driving.” “I have a headache, so I’m going to have to ask you to not do that right now.” And if you don’t catch yourself in time, an after-the-fact explanation and apology will set the record straight. By giving the child an opportunity to be part of the solution to your problem, you will have turned a potentially damaging situation into a positive one.

Praise is a superior motivator. Children thrive on praise. It’s more important and more beneficial to praise a child for good behavior than it is to scold for bad behavior.

There are times when admonitions and correction are needed, but by learning to preempt problem situations with praise and other positive reinforcement, you will build self-esteem in your children and find yourself less discouraged, exhausted, and frustrated at the end of the day. It’s a win-win parenting strategy.

The more you focus on the positive, the more things you will find to praise your child for and the less you will have to deal with bad behavior. Praise encourages actions that warrant more praise.

Be consistent, be sincere, and be creative—but be believable. For example, if the child tries to do something new with disastrous results, commend the effort, not the outcome. Or if the ill-fated attempt was meant to be a surprise for you, commend the thoughtfulness. Always accentuate the positive, and make the good memorable.

Train up a child in the way he should go: and when he is old, he will not depart from it.—Proverbs 22:6