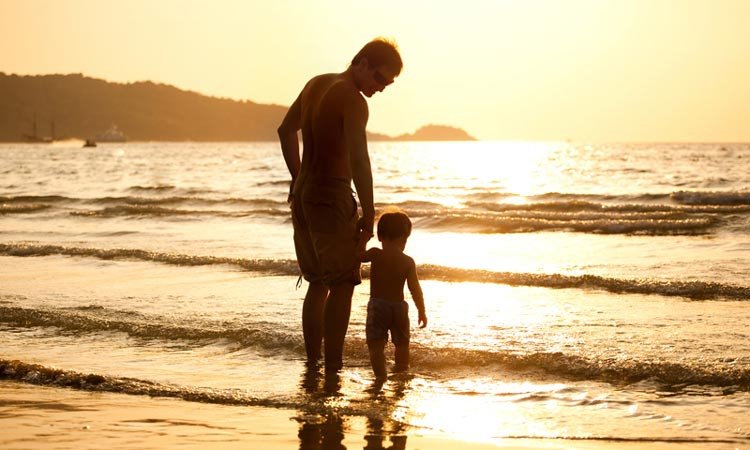 Train up a child in the way he should go: and when he is old, he will not depart from it.—Proverbs 22:6

Whenever you hear of someone doing a great thing, you may be sure that behind it somewhere is a great background. It may be a mother’s training, a father’s example, a teacher’s influence, or an intense experience of his own, but it has to be there or else the great achievement does not come, no matter how favorable the opportunity.—Catherine Miles

A study by the British parenting research project Tomorrow’s Men found that fathers who spend a few minutes each day one on one with their sons greatly increase their sons’ chances of growing into confident adults.

More surprisingly, the study found little difference between the positive effects of good father/son relationships in two-parent homes and homes where the father was absent (as in divorce situations) but nevertheless took time with his son. Similar studies have found that in a father’s absence, another father figure such as a stepfather, uncle, grandfather, teacher, or mentor, by assuming an active role, can have an equally positive effect.

Put high expectations in front of [young people]. Give them love. Give them support. They will succeed.—Said Sewell

A farmer had an unusually fine crop of grain, but just a few days before it was ready to harvest, there was a terrible hail and wind storm. The entire crop was demolished. After the storm was over, the farmer and his young son stepped outside. The little boy looked at what was formerly a beautiful field of wheat and, with tears in his eyes, looked up at his dad, expecting to hear words of despair. Instead he heard his father softly sing, “Rock of Ages, cleft for me, let me hide myself in Thee.” Years later the son, now a grown man, said, “That was the greatest sermon I ever heard.”

Mentoring is a brain to pick, an ear to listen, and a push in the right direction.—John Crosby

More in this category: « Confident Children Leading the Way »