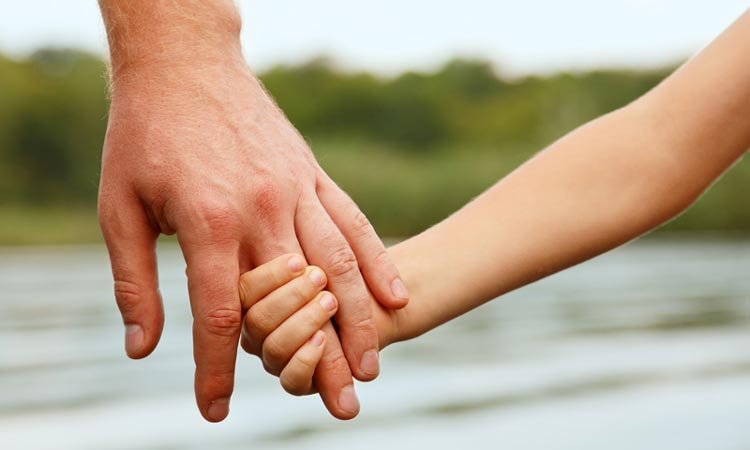 When my daughter Karina was preschool age, I wondered what I could do to help her learn to not misbehave. She would often make a big scene, whining and crying when being corrected, which left me frustrated.

Then I had an idea that helped Karina over this hurdle. When she acted unkindly to her little sister, or was disrespectful to her father or me, or fussed or cried without reason, I would take her by the hand and explain that what she was doing was not very nice. Then I would lead her to a quiet adjacent room, where I would explain that she needed to stay there for a while in order to think and pray about her actions, as well as how she could remedy the situation if it involved someone else.

It was difficult for both of us in the beginning. Her crying would usually become more dramatic, but I would leave her there for several minutes, after which I would return and talk to her about her behavior. I would then say a prayer with her for her to do better and close our little lesson-learning session with hugs and kisses of understanding and forgiveness. If her misbehavior had hurt, offended, or annoyed someone else, I would have her go to the person and apologize. After several months of doing this consistently, I saw a noticeable change for the better in Karina’s behavior.

When I began using this tactic, I was concerned that Karina would resent having to go to another room and be alone, even for a few minutes, so I used it carefully and in moderation. I always said a short prayer first, asking the Lord if it was warranted or not, and I think that was a key. Praying first helped me keep my composure and follow through lovingly, and it helped Karina to be more accepting of this course of action. Despite some initial protests, it worked well and still does. That was a relief, as other disciplinary measures had not been effective with Karina.

I still use this method with Karina, and it has helped her to have a more mature attitude and she learns from the discipline, as opposed to only fearing it. Having a little time alone in the room where she can collect her thoughts and calm down, and then following that up with a simple talk and prayer with me, where I verbalize the reasons she needs to be loving to her little sister, obey her parents, or adhere to the rules helps her grasp the reason behind the discipline.

At the end of each of these little sessions, I express how proud Jesus and I are that she learns so much, and I encourage her to do good things for others so she can continue to make Jesus and me and others happy. During these little discussions, I also shower her with extra affection so she knows that her mistakes are forgiven. Receiving correction in this way has given Karina a sense of security and makes her willing and happy to try to do better.

We parents are often so busy that we think we don’t have time for long, drawn-out discussions with our little ones. I’ve found, though, that even if it takes longer to pray and discuss problems on the spot, so that my children understand the lesson, it saves time in the long run. But most important, it implants important life principles in their hearts and minds, and is a wonderful means for them to develop a better personal relationship with Jesus. It may take a little more time, but it will pay off later when they are more obedient and learn to make the right choices for themselves.

One of the most precious gifts any of us could ever receive is to become a parent and receive God’s love in the form of a little child, so sweet and beautiful. They’re all His children, really, but He entrusts them to our care and wants us to love and train them. They’re a gift of God but, like flowers in our garden, we’ve got to take care of them. It’s a case of God’s gift also being God’s work.

God Himself has set the example of how He wants us to be with our children. He is just and merciful and loving and patient, but He also deals with us firmly when He sees that we’re getting off the track. Like a shepherd with an errant sheep, He sometimes has to let us feel His shepherd’s rod in order to turn us off the wrong path. He is a loving God, but He’s also a very good Father who knows how to correct us when we need it.

If we teach, train, and lead our children right and set the right example, they will carry that all through life. “Train up a child in the way he should go: and when he is old, he will not depart from it” (Proverbs 22:6). “All your children shall be taught by the Lord, and great shall be the peace of your children” (Isaiah 54:13).

More in this category: « A Parent’s Best Investment Learning Respect »