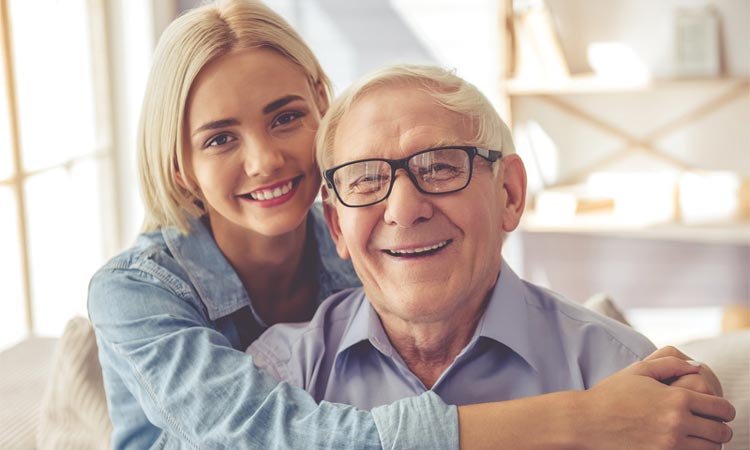 He lay covered in white hospital sheets, hooked up to a tangle of tubes and wires. As I approached, I barely recognized him—the pasty skin, the sunken cheeks—but when he opened his eyes and smiled at me, it was all I could do to keep from jumping into his arms like I always had. Grandpa, whom I loved more than anyone else in the whole world, had had a serious heart attack.

Grandpa had always been my best friend, as well as my confidant and counselor when I’d had problems with friends or siblings. As the youngest child in my family, I was shy, gangly, and unsure of myself, but Grandpa always knew how to give me the boost I needed. If I needed a friend, he joined me in my games. If I needed a shoulder to cry on, I knew where to find one. Grandpa’s big, warm hugs were the most comforting place on earth! If I needed correction, he gave it firmly but gently. He would reach deep into my heart and make me want to change for the better. He also prayed a lot, and was quick to remind me that prayer was the surest way to make good things happen.

I was 14 years old, just leaving childhood behind, when we were called to the hospital. One by one, from the oldest to the youngest, we were allowed into Grandpa’s hospital room to see him for just a moment.

After a smile and a feeble but cheery “hello,” Grandpa took my hand. “Joyce, you have always been my favoritest youngest granddaughter. I know that sometimes you have a hard time finding your place. You often feel like you don’t know what to do, and you worry that you won’t amount to much. But I want you to know that God loves you and has a special plan for your life.”

Then Mom gently tapped me on the shoulder and guided me out of the room. “Grandpa needs to rest,” she said.

A couple of days later I saw Grandpa again. This time he was in his best suit, lying in a coffin. Almost overwhelmed by the scent of so many flowers, I had my final moment with him. This time his shiny blue eyes didn’t open. I shook with fear and emotion as I approached, but then I saw his face. His radiant smile told me that everything was okay. Grandpa died like he had lived—smiling. People talked for days about Grandpa’s smile. The undertaker said he had tried, unsuccessfully, to change Grandpa’s expression because he’d never seen such a thing and thought it was a little eerie. Grandpa left little in the way of money or possessions; his last will and testament was the smile of peace and satisfaction on his face.

My family had always attended the same church in a country town so small that it doesn’t even show on a map of the northeastern United States. Every Sunday, Grandpa arrived at least 20 minutes late. And every Sunday, a band of as many as 30 children trailed in behind him. That had been his little ministry, rounding up children from poor families who lived in the hills and bringing them to church.

Once, in a bank in a nearby city, a young businessman overheard my dad give his name.

“Hancock?” the young man asked. “Are you by any chance related to Ed Hancock?” He went on to explain that when he was a boy, my grandpa had always made sure he got to church.

“That was nice, but what really changed my life was when he told me, ‘I know you come from a poor family and sometimes worry that you won’t amount to much, but I want you to know that God loves you and has a special plan for your life.’”

Throughout my teen and college years, faced with atheistic professors and skeptical friends, I struggled with my faith and sometimes wondered what I believed. But even at my lowest point, I couldn’t shake the memory of my grandpa’s smile and faith.

Over four decades ago, I decided to give my life to God and see what He could do with a nobody like me. I have since worked in 10 countries sharing God’s love with others and introducing people to Jesus. I have overcome my shyness, spoken to large groups, run seminars, and taught hundreds of children, teenagers, and young adults. I have done lots of things that the shy, awkward 14-year-old Joyce never dreamed she could.

Still God continues to bring special people across my path. I see their fear and timidity, and take their hands. Without thinking, the words pour forth. “I know you sometimes feel like you don’t know what to do, and you worry about what you will become. But God loves you and has a special plan for your life.”

More in this category: « A Legacy Mama Worries »