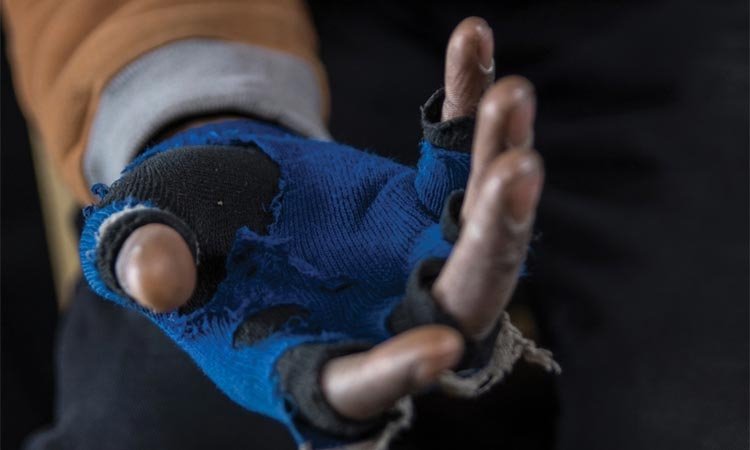 It was a typical Monday morning, and my husband and I were in town on business for the humanitarian aid project we operate in several Balkan nations. By 10 am it was already getting quite hot. The afternoon was supposed to be even hotter and more uncomfortable, so we were trying to finish everything on our to-do list by noon.

As we parked our camper van, a man approached us, asking for money or food—not at all uncommon here, since millions are still struggling to overcome the economic effects of the civil war of the early 1990s. We usually try to give something to those who ask—some humanitarian aid if we have any with us, or a little money—but this time we paid the man little attention and hurried on our way.

When we returned some time later, he was waiting for us, unperturbed by our previous rudeness. Since our vehicle has Italian license plates, he said a few words to us in Italian. When I told him that I wasn’t Italian but from Scandinavia, he started to speak to me in Danish. My husband and I began looking in the van for something to give him, and when he heard us conversing in English, he switched into nearly perfect English. This was no typical beggar.

He explained that he was a refugee from Croatia, having fled from the war years ago with nothing, and that he was homeless. He and some friends were living in the park across the street. A small gas cooking stove and three stray dogs by his bedroll testified to the veracity of his story. My husband and I felt terrible for the way we had treated this obviously decent and intelligent man who had fallen on hard times, or for having treated anyone that way, for that matter.

The tragedy of war had brought him and his friends to their present state, but the longer we talked with him the more we realized that they had adapted admirably well to their extremely difficult circumstances, living in a makeshift home under the trees in a park and bathing and washing their clothes in the nearby Danube River.

We searched through our camper and gathered some supplies for him and his friends—food, soap and other toiletries, as well as some inspirational reading material—and promised to bring them some clothing the next time we came to town.

How easy it is in our sometimes too-hurried lives to miss those precious moments when we can do something to help a fellow human being in need. We all have much to give others and they have so much to offer us, but too often our busyness keeps us from receiving that blessing.

Anna Ranta has been a Christian missionary for 45 years and is the author of Living an Extraordinary Life, available at The Book Patch.