The Courage to Be Kind 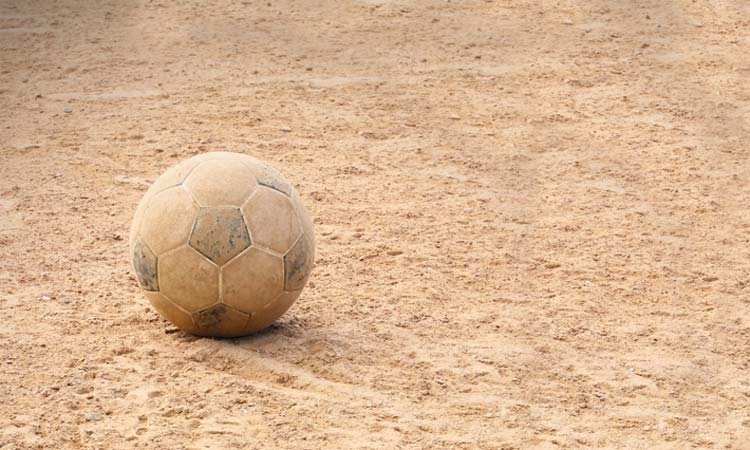 One sunny afternoon roughly seventy years ago, a young girl and her friends were watching through the mesh of a barbed wire fence as a group of men played football [soccer], enjoying the excitement of the game and the skill of the players. Suddenly, a kick sent the ball in an arc over the fence, and it landed near the children.

“It’d be great to have a ball to play with,” one of the boys remarked. “Let’s keep it.”

But a girl disagreed. “It’s not right for us to keep it,” she insisted, throwing the ball back over the fence.

This simple gesture of kindness and integrity took place in the heart of Germany in the early 1940s, during World War II. The players were British prisoners of war, interned in a camp on the outskirts of town. Some of the girl’s friends grumbled. After all, the players were prisoners—why should they have a ball when the children didn’t?

Kindness takes thoughtfulness, effort, and time. It also takes courage. Courage to stand alone on an issue. Courage to give, especially when one doesn’t have much. Courage to say no to indifference. Courage to act according to what one knows is right—especially when the right choice seems so obvious that “surely someone else with more time and resources will notice and do something about it.”

There is strength of character in kindness—the moral and mental strength to step out, to give, to believe, to persevere, to be true to one’s convictions, even when it means enduring challenges or paying a price. These are the kindnesses that leave a lasting impression.

It’s been nearly three quarters of a century, but there may yet be survivors of that summer scene—and if so, I imagine they might remember my grandmother, the village girl who returned a football.

Being considerate of others will take your children further in life than any college degree.
—Marian Wright Edelman (b. 1939)

More in this category: « Kindness—The Irresistible Fruit Opportunities for Kindness »