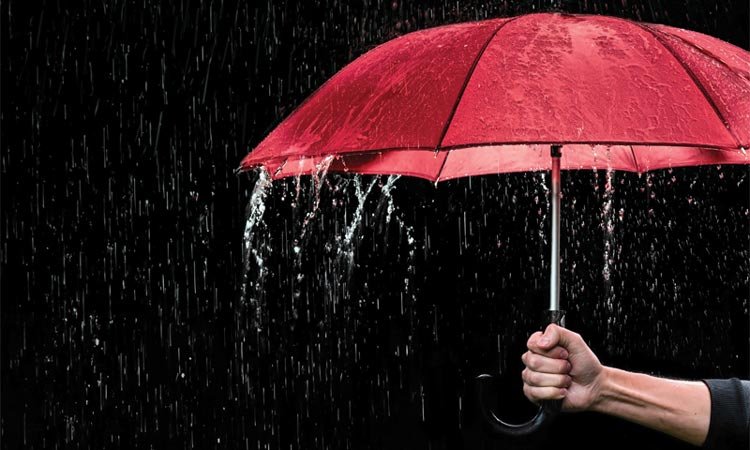 The air was heavy with impending rain as I made my way on foot through Chiba, Japan. As I glanced at the low gray clouds, I chided myself for not bringing an umbrella. It seemed that in a minute or two the heavens would burst open, but two minutes came and went.

I was waiting at a railroad crossing when my luck ran out. Suddenly, huge drops cascaded from the sky, and I heard the sound of umbrellas clicking open all around me. The electronic display announced that the barrier would remain down to allow three trains to cross. I would be standing in the rain for at least five minutes.

I decided I wouldn’t let it faze me. After all, this wasn’t the first time that I found myself caught in the rain unprepared.

Then a woman walked up and stood next to me. There was nothing striking about her, and I wouldn’t have paid much attention to her if it hadn’t been for what happened next. As she stood alongside me, she quietly held her umbrella over both of us, shielding me from the rain. I was startled out of my pretended indifference and thanked her. She smiled but didn’t say a word. I wondered what else to say. But as we stood there waiting for the trains to pass, I realized I didn’t have to say anything. She was one of those people who don’t give a second thought to the acts of kindness they perform. We crossed the tracks together, then went our separate ways.

Like everyone else’s, my life is filled with little opportunities to do something to help others and show them a touch of God’s love, as that woman did for me that day. And whenever I’m tempted with the thought that there’s really no point in showing kindness to strangers, I find good reason in the memory of the kind woman who shared her umbrella with me.

More importantly, I realize that each extra step, kind deed, and loving word I say may seem small, but it can open a world of kindness for people who cross my path. You think not? Well, I’m sure that woman has long forgotten the kindness she showed a wet teenager years ago—but I haven’t.

Remember there’s no such thing as a small act of kindness. Every act creates a ripple with no logical end.—Scott Adams (b. 1957)

More in this category: « Finding Jesus in Unusual Places How Can I Make a Difference? »