Willie and the Five-Minute Favor 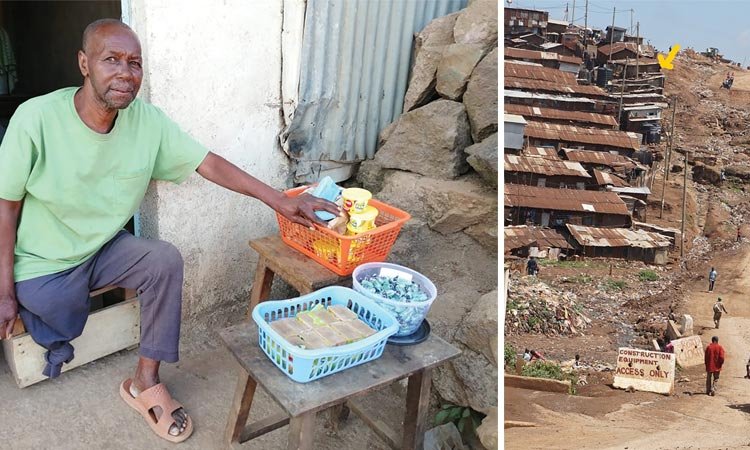 We were just finishing up the distribution of 50 ten-kilo care packages to poor people—most of them widowed or disabled—in a hall at the edge of one of the largest slums in East Africa.

Happy to have completed the project, I turned to leave when my colleague Sally held up the last package, saying, “Before we close, let’s quickly deliver this one to Willie up the hill. He isn’t able to walk down here.”

I was tired and sweaty, and my back ached. “Up the hill” sounded easy, but after the rain, the path into the slum was muddy and we had to climb over rocks and garbage to reach his hut.

I was about to postpone this task for another time when I remembered my new resolution of “five-minute favors,” which was inspired by something I read online:

Want to make the world a better place? … Enter the five-minute favor concept that is no more complicated than its name alludes: take five minutes out of your day to do something that’ll benefit another person. … It doesn’t cost you much, but it can make a big difference in somebody’s life.1

Adam Grant, of the Wharton School at the University of Pennsylvania, is another proponent of five-minute favors. He practices a refreshingly nice approach to life and success, one that you might not typically associate with a business-school professor. His work focuses on how being a “giver”—that is, offering help to your colleagues—will ultimately bring you more success and respect than being a “taker.” He even wrote an entire book on the subject. In his research on high-performing salespeople, for example, he’s found that they tend to score “unusually high … on the desire to benefit others.”

Generosity in the workplace is a very nice idea, but one hang-up many people have about this philosophy is—just who has the time for that? Grant makes the point that not every act of giving must be especially time-consuming.2

Giving it some thought, I figured that besides spreading happiness, being generous also comes with the benefit of improving the way we feel about ourselves and life in general. Some even say that it has ties to longevity. After all, in giving rests the well-known truth: “Give, and it will be given to you. Good measure, pressed down, shaken together, running over, will be put into your lap. For with the measure you use it will be measured back to you.”3

Back to Willie. Well, we did climb that hill, and upon entering his tiny hut, I knew that the effort had been worthwhile. There he was, sitting on a rickety bed, the only piece of furniture he had left after his belongings had been washed away by a recent flash flood, when the dirty river that leads through the slum burst its banks. He was rescued and brought up the hill to a tiny room.

We learned that Willie had been a caddy at a local golf club, and while walking to work he had been hit by a car. The accident cost him his leg. The driver fled, but when caught later, it turned out that he wasn’t insured, nor could he compensate Willie for the accident.

Due to his disability, Willie lost his job. He hasn’t been able to pay the rent and fears eviction. He dreams of starting a small roadside business in front of his hut, selling cleaning supplies to folks from his community or passersby, but he lacks funds for the initial investment.

Willie received our care package with a big smile. “God sent you!” he said, and a tear ran down his cheek.

This favor took us a bit more than five minutes, but it made a huge difference in this man’s life, as it not only met an immediate need, it also opened up an opportunity for Willie. As a result of this visit, we were able to contact other people who were interested in helping him. So far, three months of rent have been raised, and monthly food packages are being delivered to his doorstep.

“I found new hope and purpose because of you,” Willie said, when donated items for his little roadside business were delivered by well-wishers!

One can never tell what great things a five-minute favor can set in motion in the course of a normal day, in the workplace, or just as we go along our way.

Never worry about numbers. Help one person at a time, and always start with the person nearest you.—Mother Teresa (1910–1997)

The way you treat people who are in no position to help you, further you, or benefit you, reveals the true state of your heart.—Mandy Hale

The purpose of life is not to be happy. It is to be useful, to be honorable, to be compassionate, to have it make some difference that you have lived and lived well.—Ralph Waldo Emerson (1803–1882)

No one is useless in this world who lightens the burdens of another.—Charles Dickens (1812–1870)

More in this category: « Kindness