Why Don’t You Give Something? 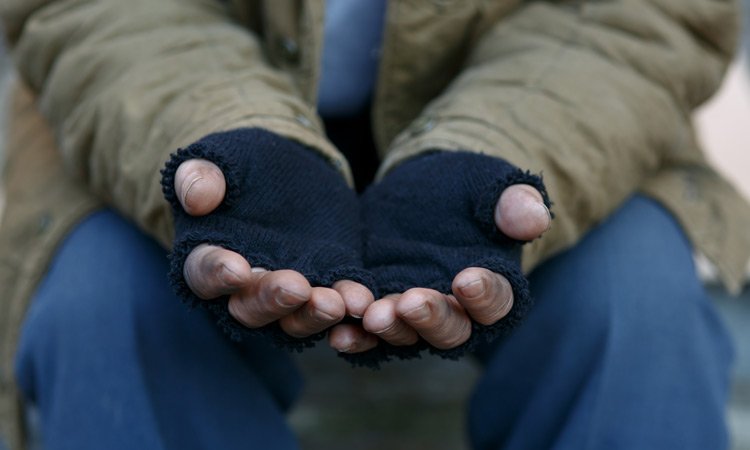 When I first saw him coming down the street I was tempted to look away. He was ugly, dirty, and clearly asking for money. Maybe if I would just look the other way, he would pass me by and I wouldn’t have to deal with him.

I’d had a bit of a rough day myself. I was living in France at the time, raising support for a missionary project by selling books at a market booth; but so far, after several long hours in the hot sun, I had only made a few sales. It was definitely one of those days.

I had nothing else to do, so I kept on watching the man’s progress down the alley. Nobody was giving him anything and he looked utterly lost.

Then I heard a still, small voice in my heart. Why don’t you give him something?

But I have so little, I argued.

You have a whole lot more than he does, don’t you?

Suddenly I had an idea.

OK, then. If anyone’s bought something by the time he passes by, I’ll give him the proceeds of that sale.

I figured that would be a smart move. I didn’t know what the Lord thought of my proposal, but I had learned that He takes our promises quite seriously. I was waiting to see if anything would happen.

Suddenly a man walked up to my little booth and asked what we were doing. He looked at the books and picked out the smallest little booklet on the table, with a €5 price tag.

“Keep the change,” he said with a smile. “God bless you!” Then he was off.

Suddenly I remembered the deal I’d just made with God.

The beggar was just now passing my stall. I held out the bills with a big smile.

He looked stunned. “Is that for me?” he crackled with a raspy voice.

“Yes, I believe God wants you to have it!” Suddenly his face lit up. He took the money with a trembling hand and thanked me profusely. Then he was off.

I saw the dirt and the poverty. But God saw something else. He saw a human being.

More in this category: « When at the Bottom of the Barrel