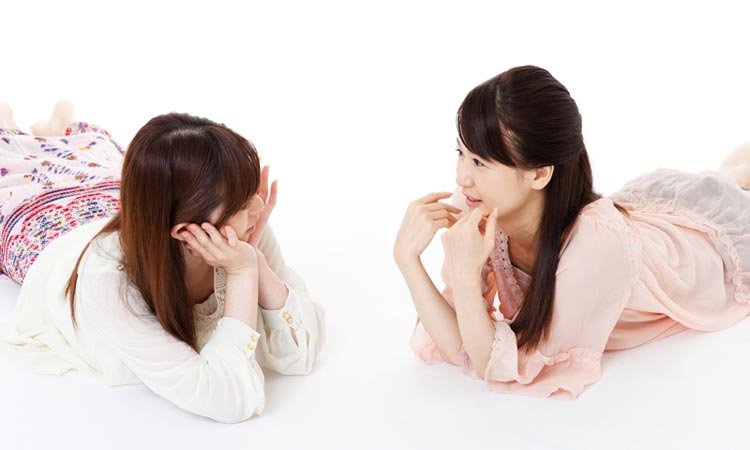 When you’re talking to people and you’re not sure that you understand what they’re trying to tell you or how they really feel about the matter you’re discussing, you should ask them. It probably sounds obvious, but you’d be surprised how many people don’t do that. It’s usually either because they think they’re supposed to understand but don’t and are afraid to admit it, or they’re afraid that their asking might embarrass the other person. It really does help to ask, though, because some people aren’t always quick to open up and give their honest feelings.

I learned a lesson along that line when I was in my first year of college. I had always been very shy, but in college I started to have more interaction with others my age, and I started going out with a boy named Wayne. He was a real sweet guy, and we went places together and had good times. At that time it never dawned on me that we didn’t communicate well with each other, or that we never talked about matters of the heart. I liked him very much and I think he felt the same way about me, but I have to say “I think he liked me very much,” because we never communicated our feelings to each other.

I didn’t realize that there was a problem until I began to get serious about him. He was shy, too, and probably afraid of getting too serious, so he cooled off toward me and that broke my little heart. I thought and prayed about what had gone wrong, and it finally dawned on me that I didn’t really know what he thought, and that he didn’t know what I thought. I realized that we hadn’t had any kind of deep communication at all.

Why hadn’t I asked him? I wondered.Why hadn’t we talked about the things we felt and thought? That would have been so simple, and then I would have known. If we had just honestly talked, it would have prevented the whole problem of my not knowing how he felt. He was the quiet type and hardly ever talked, but he could have if I would have helped him by priming the pump. With a little bit of conversation and a little bit of trying to open up to each other, we could have taken care of the problem or at least known what was going on with each other.

Even if the other person is very withdrawn, it’s usually possible to help them open up. Most people who are that way don’t want to be, but they need help. Because they have a difficult time baring their heart and exposing their feelings, they need to be helped along with gentle, tactful questions such as “What do you mean by that?” or “Could you explain that to me?”

Most people, if you go about it right, will eventually open up. They usually know they need to be more outgoing, they want to communicate with other people, they don’t really want to stay behind their walls, but they need somebody to be understanding and to draw them out. If you’re interested in people and you love them, then you need to learn how to get them to come out of themselves and try to respond and to communicate.

I learned a good lesson from my experience with Wayne. I learned the importance of honest, open, humble communication. I learned that when I don’t understand someone, I need to try to get the other person to be honest, and that I need to be honest about my feelings as well.

Some people are naturally very open. They can talk a blue streak, and before long you know everything about them. But other people don’t expect you to be that interested in or concerned about them—especially not enough to want to listen to their worries or woes. They keep things in and suffer in silence. Well, you can admire them for being able to take it and not drag others down, but wouldn’t it be better if they would be honest so they could get some sympathy and prayer and help?

Suffering in silence just makes everybody miserable, because others can usually tell that something is wrong, so they worry too. They don’t know if you’re angry at them or upset about something else, so they don’t know how to try to help. Spilling it all out can prevent misunderstandings and help the person get prayer and sympathy and encouragement—everything you appreciate yourself when you’re down.

When you’re down or having a problem, it doesn’t help matters to complain about it, but it doesn’t hurt to tell somebody so they can pray for you and possibly give you some advice or help. It often helps to talk about the problem even if the person you’re talking to doesn’t have the solution. Sometimes the Lord will give the solution to you as you talk about it. Of course, you should try to find someone who is wise and mature, because you don’t want to bring anyone else down. You can at least ask for prayer, and that in itself does a lot of good!

There would be far fewer misunderstandings if people would honestly and openly communicate with one another. It may be a little difficult in the beginning, but as you work at it, it becomes easier. The Lord blesses honesty and good communication.

Maria Fontaine is the spiritual and administrative co-director (along with her husband, Peter Amsterdam) of the Family International, a Christian community of faith dedicated to sharing the Gospel of Jesus Christ around the world. She is the author of numerous articles on the Christian faith life. (Articles by Maria Fontaine used in Activated are adapted.)

More in this category: « Glafaf The Tongue »