The Man in the Gray Suit 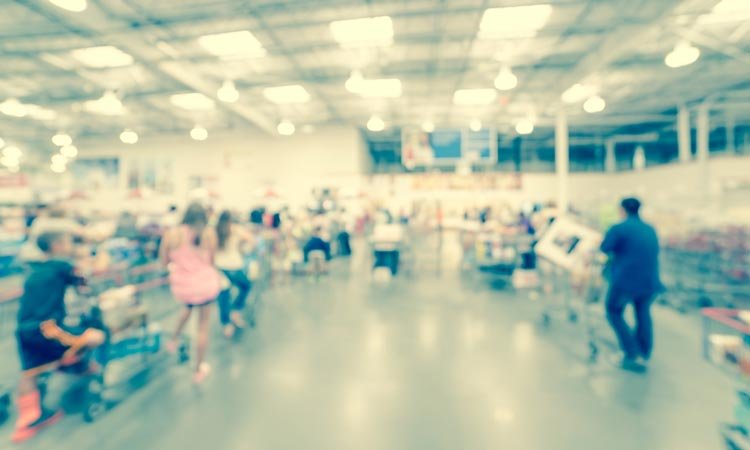 John sighed as he pushed his cart forward in the queue and glanced at his phone’s clock for the third time. 40 minutes already! How long can this take? A technical issue had developed in several of the supermarket’s tills, and the store’s customers were directed to queue in front of the only one that still worked. And I only have a few items, he thought, I don’t know if I can still make it to the appointment in time. The afternoon traffic will get worse—

His thoughts were interrupted by a commotion behind him, and he instinctively moved to the side as a burly, frazzled woman clutching an overloaded armful of groceries barged past. Complaining loudly about how long she’d already waited, she barreled her way toward the front of the line. No one attempted to stop her.

But as she nearly reached the cash register, a tall man in a gray suit held out his arm, blocking her path. The woman stopped, and by now, everyone in line was watching to see what would happen.

“Madam,” the man began calmly, “all of us here are tired of waiting. Some of us have appointments to meet, some of us have children waiting to be picked up from school, and some of us even have flights to catch.” He paused. “There’s nothing any of us can do at this point. All we can do is wait patiently. Please return to your place in the queue.”

The woman looked around at the row of tired-looking customers silently awaiting their turn, then she bit her lip, turned, and slowly made her way back to her former position. Everyone breathed a silent sigh of relief that the situation was resolved.

The queue continued to inch forward. When it was the man’s turn, however, he turned around and called the woman forward to take his place.

The woman nearly dropped her items. Customers shifted out of the way to let her pass. She stumbled her way to the front of the line, profusely apologizing and thanking the gentleman, who remained silent. She paid for her items and left, and the queue flowed smoothly forward from then on.

As John reflected on the situation that had just unfolded, he was reminded of a quote he’d read that morning in his devotional: “Treat everyone with politeness, even those who are rude to you—not because they’re nice, but because you are.” He had just seen a practical example of it.

More in this category: « The Peacemaker