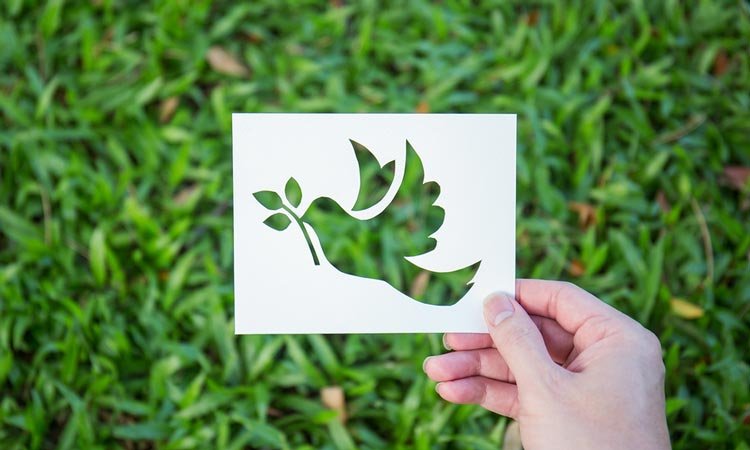 When Jesus preached the Sermon on the Mount,1 one of the most quoted orations of all time, He said, “Blessed are the peacemakers.”

So what is a peacemaker? A peacemaker is someone who comes into a situation that is stressful, angry, or disturbed and creates peace. This is hard and requires courage.

In Jesus’ day, the Jewish people were suffering under Roman rule, and peace was superficial and tenuous at best. It took very little to create an uprising or a disturbance. That’s much like today, where it seems each news cycle hails a social media war fought by angry people with ever-polarizing opinions.

I used to think of “peacemaker” as a negotiator, with the objective being to convince both sides to compromise and come to an agreement. As a parent, I know what this kind of “peace” looks like. It’s a situation where one is only giving to get, and good will isn’t part of the equation. It’s the kind of peace that’s held together by rules and enforcers, and disintegrates as soon as it appears one side has failed to comply.

As peacemakers, our most important job isn’t to change someone’s mind. Jesus didn’t say “Blessed are the mind-changers or argument-winners.” Gregory Boyle, a Catholic priest who has dedicated his life to the gang community in Los Angeles, said something that I think is quite fitting: “Moral outrage is the opposite of God; it only divides and separates what God wants for us, which is to be united in kinship. Moral outrage doesn’t lead us to solutions—it keeps us from them. It keeps us from moving forward toward a fuller, more compassionate response to members of our community who belong to us, no matter what they’ve done.”2

Spoken like a true peacemaker, one who has stepped out of the boundaries of merely keeping peace and into the hard work of crafting peace, and has inspired me to see, within my own world, opportunities to create peace by loving others into good will.

1. See Matthew 5–7.
2. Gregory Boyle, Barking to the Choir: The Power of Radical Kinship

More in this category: « Worth Forty Thousand The Man in the Gray Suit »