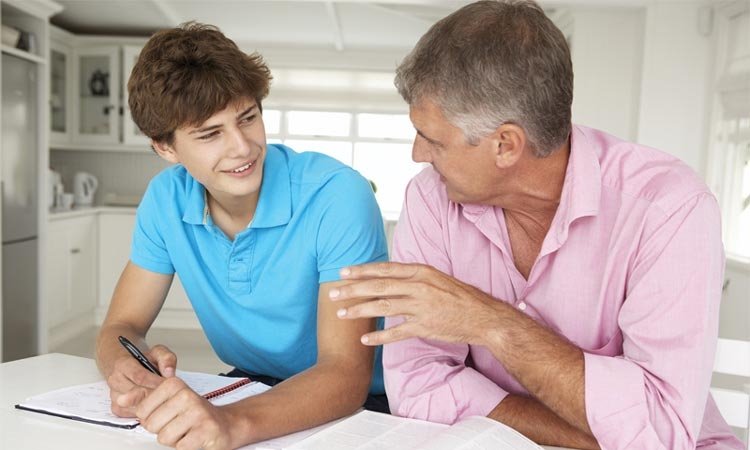 There are two opposite attitudes in life. Some people’s motivational attitude inspires them to work harder and be better. They also have a knack for inspiring others to be the same. Not so the people that I’ll call “de-motivators”: they have the opposite effect. You may end up feeling inept and negative about yourself when around them, and perhaps their “lectures” and “helpful” advice intimidate rather than inspire.

Some people say that all motivation comes from within, but I think many people can look back to a time they succeeded at something and can pinpoint a person who played a role or was a key influence in making that success happen. Sometimes having someone to back you up and motivate you can make a huge difference. The Duke of Wellington remarked that he considered Napoleon’s presence in the field equal to forty thousand men.

Dr. Alan Loy McGinnis, author of Bringing Out the Best in People, once gave a lecture to an executive club in Toronto. An elderly, well-dressed gentleman came up to him afterwards and introduced himself. He was 74 years old and had just retired from a lifetime of making lead pencils. Dr. McGinnis thought it must have been a terribly boring way to make a living and asked him if he was glad to finally be getting out of that business.

“Oh no,” he replied. “In fact, I’m going to miss it like crazy. And you know what I’m going to miss most? The friends I’ve made in this business. Some of my suppliers and customers have been my best friends for 40 years. Several of our upper-level managers are guys I hired right out of college. I’ve had a lot of satisfaction helping them succeed.”

As they talked, Dr. McGinnis learned that this man had built his business into a multimillion-dollar company and had recently sold it for a big profit. One of the keys to his success was his inherent belief in people. He had learned how to find the good in everyone he worked with and helped them build their success. In the process of helping others succeed, he benefited as well!

The Bible tells us the story of Nehemiah, who was an excellent motivator. He was the cupbearer for a foreign king, an honorable but dangerous job protecting him against poison. His heart, however, was to help his own people. So God set it up so that he would be in the palace at the right time to have a chat with the king, who then gave him permission to return to Jerusalem and rebuild the walls that had crumbled due to foreign occupations.

Nehemiah inspired people to help him and get the work started, but the Israelites had a lot of enemies who didn’t want the walls rebuilt and constantly threatened them.

People got discouraged, saying, “The strength of the laborers is giving out, and there is so much rubble that we cannot rebuild the wall.”1 Their enemies were also taunting them, “Before they know it or see us, we will be right there among them and will kill them and put an end to the work.”2 The people who lived near the construction site kept warning, “Wherever you turn, they will attack us.”3

So Nehemiah set up guards to protect the builders and he gave them a pep talk, saying, “Don’t be afraid of them. Remember the Lord, who is great and awesome, and fight for your brothers, your sons and your daughters, your wives and your homes.”4

Part of what made him effective as a leader is that he didn’t sit on the side barking orders; he built and guarded right alongside his men. Their fears were his fears. Their concerns were his concerns. Their triumphs were his triumphs. Thanks in part to Nehemiah’s dedication and inspiration, the wall was rebuilt in only 52 days.5

One of my favorite examples is in Dale Carnegie’s famous How to Win Friends and Influence People. A store’s employee was always mixing up price tags, which resulted in customers complaining and added headaches for the manager. No matter how many warnings or reminders or even confrontations, she didn’t do any better. The manager finally tried one last solution. He called her into his office and told her he was promoting her to “supervisor of price tag posting” for the entire store, and that she was now in charge of keeping all the items properly tagged. The title and responsibility paid off, and she took pride in getting it right.

It’s wonderful what a little encouragement can do for someone, and it’s even better when you’re the one doing the motivating. As Anne Frank said, “How wonderful it is that nobody need wait a single moment before starting to improve the world.”

Our chief want is someone who will inspire us to be what we know we could be.—Ralph Waldo Emerson (1803–1882)

More in this category: « The Encouragement Experiment The Peacemaker »