The Call to Forgive 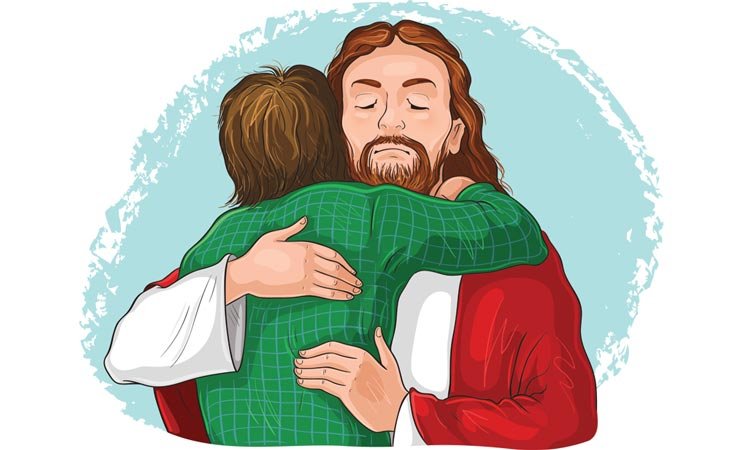 The Gospels describe Jesus being whipped, beaten, and then nailed to a cross. As He hung there, waiting to die, some of His last words were “Father, forgive them.”1 Forgiveness was His response to an unjust trial, being lashed by a whip with weighted strands that lacerated the skin, inflicting unimaginable pain, having spikes hammered through His hands and feet, and being left to die on the cross in agony. While on the one hand, His reaction is very surprising, it also makes perfect sense when we read what Jesus taught about forgiveness throughout His ministry. He not only taught it—He embodied it, both in His life and His death. He practiced what He preached.

God’s forgiveness
Jesus’ forgiveness reflected His Father’s forgiveness. In the Old Testament, when God revealed Himself to Moses, He said of Himself, “The Lord, the Lord, a God merciful and gracious, slow to anger, and abounding in steadfast love and faithfulness, keeping steadfast love for thousands, forgiving iniquity and transgression and sin.”2 God was saying that forgiveness is one of His divine attributes, that it is rooted in His character. This point is made throughout the Old Testament, for example: “You are a God ready to forgive, gracious and merciful, slow to anger and abounding in steadfast love.”3

What forgiveness is, and isn’t
Some hurt is done intentionally. We are assaulted in some way physically, verbally, or emotionally. Someone steals from us, perhaps by intentionally misleading us so that we are defrauded and lose our money, possessions, etc. We are betrayed by someone we love—a spouse, a family member, a close friend. Some hurts we experience are minor, but eventually become major, if they are repeated over and over again.

Forgiveness doesn’t deny the harm or wrong someone has done to us. It doesn’t make excuses for why they hurt us, and it doesn’t minimize the seriousness of the offense. It doesn’t mean that the offense stops hurting or is forgotten. Forgiveness isn’t an automatic restoration of trust. It doesn’t replace justice, as sometimes there are consequences to be faced even after the act of forgiveness. It’s not instant emotional healing.

Forgiveness looks at the wrong done to us, admits that it has wounded us, and then decides to forgive—which is actually a decision to start the process of forgiving. It’s recognizing that the hurt we experienced was personal, unfair, and deep, and choosing to let go of the inner negative feelings we have toward someone who has hurt us, in order that the hurt no longer negatively affects us.

As Kelly Minter explains in her book, The Fitting Room:

Forgiveness is not denying what our enemies have done; it’s not calling something whole that’s fractured or something pure that’s corroded. Forgiveness is looking in the face of what our offenders have done, recognizing their wound for all that it is, and then choosing to forgive. It has nothing to do with denying the wrong of those who hurt us, but has everything to do with changing our hearts towards them.4

Sometimes we wait to forgive until the person who hurt us apologizes for what they’ve done. We want them to acknowledge that what they did was wrong and express regret. But there are a few problems with this. Sometimes the person doesn’t know they hurt you, and if that’s the case, they won’t ever apologize. In some cases, the person knows they hurt you, but they don’t care; and other times, the individual is no longer in your life. If you wait for someone to ask for your forgiveness before forgiving them, you may end up carrying your hurt for the rest of your life.

There are cases where we’re hurt by those whose own problems spill over onto us in some way. For example, parents’ marital problems may hurt their children, but that isn’t intentional hurt. Sometimes we’re hurt by those who make mistakes. Sometimes someone is even trying to do something they think will be beneficial, but in the end, it doesn’t work out the way they expected. In such situations, it’s helpful to remind ourselves that we also do things that result in unintentional hurt to others. When we do, of course, we hope that those we have hurt will forgive us. And therefore we should be willing to forgive those who have harmed us without intending to.

There’s also the factor that not every hurt that we experience needs to be forgiven. Many of the injuries we feel in life are caused by the actions of others who mean us no harm. We live in a world where we regularly interact with people just like us, who often say or do things with no intent to hurt others, but sometimes these things do cause hurt unknowingly.

There was once a person in my life who did outrageous things to me. She screamed at me all through dinner; she made me jump to her service anytime, day and night, no matter how busy I was with other things; and now and then she would pee on my best slacks. To make matters worse, she got acutely sick and drove me mad because she did not tell me what was wrong. There were moments when I felt like whacking her. But I never felt the impulse to forgive her. … She was my six-month-old baby, and I did not feel a need to forgive the outrageous things she did to me, because she did not hurt me wrongfully. I loved her and I took whatever she dished out.5

Letting go, healing, and reconciliation
Understanding that Scripture tells us to forgive others, and agreeing that we should do so, is one thing. But the act of forgiving someone who has deeply wounded us can be a difficult and gut-wrenching task. C. S. Lewis wrote, “Everyone says forgiveness is a lovely idea, until they have something to forgive.”

The Greek word most often translated as forgiveness is aphiemi, which is used to express letting something go, or canceling a debt. When we forgive someone for what they have done, we release them from a legitimate debt. We acknowledge that we’ve been injured or wronged, our trust has been betrayed, and our life has been marred by someone else’s hurtful actions. But we also understand that we too are sinners, that we offend and hurt others, and that we’ve been forgiven for our offenses by God. When we forgive, we make the decision to let go of our pain, our desire for retribution, our anger and negative feelings toward the person. We put the person, and their actions, into God’s hands.

It can be natural to feel that forgiving someone is equivalent to excusing them for what they have done. Not so. Rather it sets you free to let go of the pain of the offense, to move on without your feelings of ill will toward the person who harmed you constantly plaguing you.

In conclusion
Forgiveness is a complex topic with many aspects. However, it’s clear that Jesus, by His example and His teaching, emphasized forgiveness. He instructed us to forgive, and He didn’t put caveats on that command. If we desire to be more like Jesus, then we must forgive others for their trespasses against us—as hard as it may sometimes be—because God has forgiven our trespasses against Him.6,7