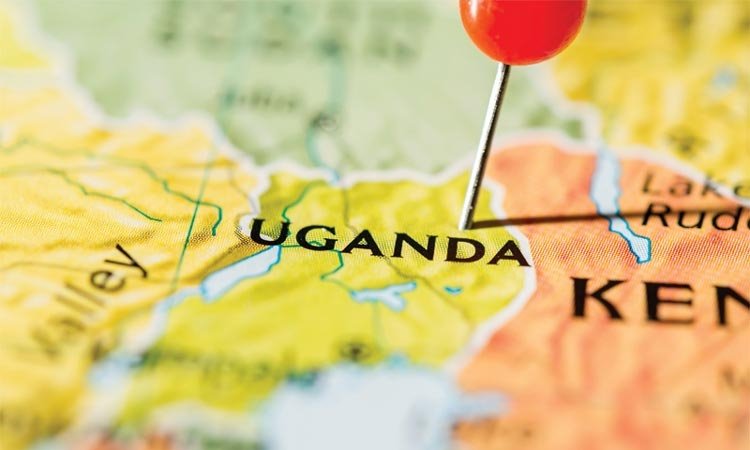 I discovered the power of forgiveness on a July afternoon in 1976. It was during the Idi Amin regime, when Uganda had come to a standstill—careers, the economy, the infrastructure, education, everything. I was a student at Makerere University and also newly married and expecting a baby.

Because the university didn’t have any supplies and the lecturers didn’t have any fuel to get them to and from the university, they didn’t come to teach us. So we students would go to the library every morning and either read there, or get books to study in our rooms. Idi Amin, not having gone to school himself, didn’t understand why we were doing that. He thought it was a demonstration against him, so he routinely sent soldiers to the campus to terrorize us.

At that time, my husband was working in the northern part of the country, near the border with Sudan. Every so often, he would come to Kampala or I would visit him and we would spend a few days together. He had just come for the weekend, and Monday morning he dropped me at the campus. When I got to my room, my roommate, Judith, and another friend, Brenda, told me that soldiers had been coming and going from another hall of residence on the other side of the campus, and had broken things and beaten up some students.

This wasn’t the first time this had happened. Off and on, truckloads of soldiers would come and beat some of the boys. We girls would shout at the soldiers from the balconies of our rooms, telling them to stop, and they would yell back that we were stupid women who didn’t know anything. We were used to not being attacked by them because we were women.

About noon that Monday, there was a knock on our door. We thought it was some friends playing a joke on us, so we shouted, “Go away, you soldiers!” and we laughed. You know how students are. But the knocking got louder and louder until we realized that it was soldiers!

Brenda and I ran onto the balcony and crouched down. Judith jumped into her bed and covered herself. Moments later, the soldiers broke down the door with such force that bits and pieces of the lock and door flew across the room and onto the balcony. Soldiers burst into the room, shouting. Miraculously they never saw Judith in bed, but they did find Brenda and me on the balcony. I remember thinking, This is it! Whenever the soldiers went after someone in particular, that was the end of them.

They pulled us from the balcony and shoved us through the room and into the corridor at gunpoint. One soldier stayed behind and leafed through our papers. Judith could hear him just a few feet away, but he never saw her.

“We found you! We found you!” they kept shouting at me, as though they were sure I was some sort of ringleader. When we got to the top of the stairs, they pushed us down. Each time we would get up, they would push us again. Fall and roll, get up, fall and roll, down one flight of stairs after another. At the top of the last flight of stairs, which was the longest, one of the soldiers hit me from behind so hard that I went flying and didn’t stop until I hit the floor. I lost consciousness.

When the other soldiers reached the bottom of the stairs with Brenda, they said they were taking us to Makindye, a barracks that at the time was a slaughterhouse. But first they took us next door to Lumumba Hall, a male hall of residence built around a courtyard. There, soldiers were torturing the boys—boys we knew, good boys. Apparently this had been going on all morning without us knowing about it, even though we were in the next building.

The soldiers made Brenda and me join the boys for a while, but soon we were all ordered to go outside, in front of the hall. Brenda and I were separated from the others. I was told I would get special treatment because I was the ringleader.

More soldiers arrived—hundreds of them. They brought many more girls outside and made them join the boys, crawling half-naked back and forth at gunpoint on the tarmac, their knees bare and bloody.

I have no idea why they thought I was the ringleader. That was what gave me strength—knowing that the accusations they kept shouting at me were baseless. They beat and whipped and trampled Brenda and me, but their main attention was on me. This went on for hours—one cruel form of torture after another. Remember, I was also about one month pregnant at the time. It was a miracle that the baby survived.

By the end of the afternoon, the soldiers apparently decided they had tortured me enough and said they were taking me to Makindye, the slaughterhouse. But before I died, I wanted to find out why they were doing this to me. Why, out of the hundreds of girls at my hall of residence, had they picked me as the ringleader?

All day I hadn’t said anything. I hadn’t cried. I hadn’t screamed. I hadn’t done anything to resist. I had been like a piece of wood. Now part of me wanted to ask them why they were doing this to me, but another part said that if I did, it would only make them come down harder on me. Then a voice inside said, Just look into their eyes. That’s where you will find the reason for this.

So I looked them in the eye, and I was so surprised at what I saw there! Despite all their curses and bravado, they were hurting inside! They didn’t like what they were doing, contrary to what I had thought all along.

I was so overwhelmed with compassion for them that I wanted to tell them before I died that I understood, that it was okay. But how could I tell them that? I was still being beaten and tortured, but between blows the thought came to me, Maybe if I talk about something we have in common, that will help them understand. It was a crazy idea, but I didn’t care. I had nothing to lose.

But what did I have in common with those soldiers? They were strong men—I was a pregnant woman. They had guns, boots, whips—I was a simple helpless girl. Then it dawned on me. You’ve just been married, you’re expecting a baby. These men must have families too.

“What did your wives cook for you last night?” I asked.

“What?” they asked in disbelief. And then they said something in Kiswahili. Whenever Idi Amin’s soldiers tortured people, they spoke in Kiswahili. Today, many Ugandans don’t speak Kiswahili—they associate it with torture and bad things. “What a stupid woman!” they yelled, and they kicked me some more.

When they stopped, I took a deep breath and asked them again, “What did your wife cook for you last night?” They hit me again. That continued until they must have thought, Let’s humor her. And they started answering, “I ate this,” and “I ate that.”

My simple questions led to a conversation, and the soldiers eventually sat down with me under a tree, where we talked and laughed. Yes, we actually laughed together! Brenda told me later that when she saw that scene, the fear and pain left her.

It turned out that the soldiers who had been with me the whole day were the leaders. They made a signal, and the whole thing stopped, just like that! By this time, it was around 6:30, so some of the boys had been tortured all day long and the rest of us for about six hours.

Trucks came and collected the soldiers, and ambulances came for those who were the most severely injured. All the gates to the university had been locked and guarded all day, but the ambulances must have been waiting outside, because they arrived while the soldiers were still leaving.

The university cooks and kitchen staff, whom the soldiers hadn’t harassed, brought us tea and bread, then sat with us on the ground and cried for us. That’s when I finally broke down. I couldn’t imagine what it had been like for them, having to witness all this but being unable to do anything to stop it.

Looking back, I can honestly say that I forgave those soldiers the moment I looked them in the eye, because that’s when I realized that all of us—students and soldiers alike—were victims of something we didn’t understand. And when I asked them about their homes and families, they got the message that I realized that and forgave them.

I also owe a lot to my upbringing. My parents taught me that there is some goodness in everyone, no matter what. There has to be, because the Bible tells us that God created us in His own image.

That experience gave me so much strength and showed me that I should never fear another human being! That’s how I can do the work I do today. I’m at ease even with armed soldiers, and will even go into areas where there are landmines. I fear the landmines and the guns, but I don’t fear the soldiers or rebels holding the guns or planting the landmines. I know that they are human, just like me, and we share a deep commonality that can never be taken away.

Having gone through that experience at Makerere University gives legitimacy to the talks I now give about forgiveness. When I tell my own story of how I was able to forgive and the wonderful things that happened as a result, people listen.

“Why should I forgive anyone who doesn’t say they are sorry?” people often ask me. And I tell them, “Life is too short for me to hang around waiting for someone to say sorry to me.”

So much good has come from that horrible experience. Best of all, I discovered that, like everyone else, I was born with a wonderful something—the power to love people! I didn’t have to earn it. It’s just there. And it doesn’t run out. The more I use it, the more I get!

By Stella Sabiiti, as told to Activated East Africa correspondent Kathleen Murawka. Stella Sabiiti was a founding member of the Center for Conflict Resolution (CECORE), a Uganda-based not-for-profit NGO founded in 1995 by women aspiring to promote alternative and creative means of preventing, managing, and resolving conflict. She has taken her message of forgiveness and reconciliation across the world, and has been instrumental in helping to resolve bloody conflicts in Uganda, the Democratic Republic of Congo, Liberia, the Sudan, Rwanda, Burundi, and elsewhere.

More in this category: « Non-Retaliation Forgiveness as God Sees It »