The Magic of Forgiveness 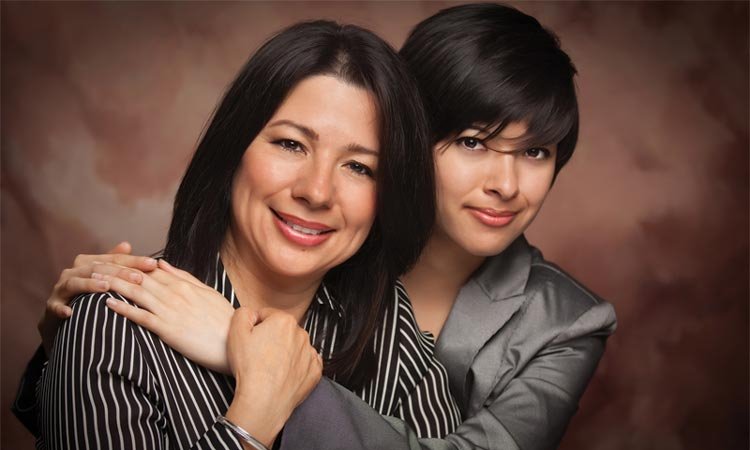 “I wish you had been born a boy!” I don’t know how many times I heard my mother say that as I was growing up. I understand better now, considering her own upbringing and the attitudes of Argentine society at the time, how disappointing it must have been for her to have had only one child, and for it to have been a girl. However, at the time it hurt me deeply. I was also often sick for months at a time during the cold, damp Buenos Aires winters, and being unable to go to school or play with friends during those times added to my loneliness and sense of isolation.

My father died when I was 15, and I held a part-time job to pay for my tuition at a private high school. I put a lot into my studies and training to become a secretary, but my efforts were rarely rewarded with the love and approval that I longed to receive from my mother. I became very rebellious, and she eventually kicked me out of the house to face the world alone.

I could no longer afford to study, but I rented a room and eventually found a better job. As time passed, I continued to feel unhappy and unfulfilled. Finally, in desperation, I asked God to do something with my life.

That same week, I met a member of the Family International, and we got into a deep conversation. That led to many other meaningful conversations about God and spiritual truths, and I found the answers to my most troubling questions. I felt that God wanted me to share this joy and fulfillment with others, and I became a full-time Christian volunteer.

My new work took me to different parts of the country and abroad for months or years at a time. During this period, I kept in touch with my mother, but we never had any meaningful exchanges. When I started a family of my own, the children included my mother in their projects, like making Christmas cards for family and friends. I also sent her photos from time to time so she could see how her grandkids were growing, and I wrote her about the things they were learning. Still, nothing I did ever seemed to make her happy.

As time went by, I thought I’d forgiven my mother, but I realized it’s very simple to forgive someone if I don’t have to live around them or see them very often. It’s much harder to forgive someone I have to face regularly, who might continue to hurt me.

Sure enough, when I came back to Argentina and met my mother again after years of being abroad, her disapproval and lack of affection reopened emotional wounds that I thought had healed, and within only a few visits, we were already fighting again.

One day I was listening to a song called “La magia del perdón” (“The Magic of Forgiveness”), and it pricked my conscience. I listened to it over and over, until I knew that the only thing I could do was forgive. Then and there, I prayed for God to help me forgive each unkind word, fit of anger, and everything else that my mother had done that had caused me pain.

I thanked God for showing me that I needed to show mercy to my mother because I needed mercy myself. I too had failed and hurt others many times, but Jesus had never stopped loving me. I realized He had never stopped loving my mother either, and He wanted me to do the same. I started crying thinking about all the years of closeness that my mother and I had lost, and how much she must have suffered as a result.

He also taught us to pray, “Forgive us our sins, as we have forgiven those who sin against us.”3 I had received God’s forgiveness; now I needed to share that gift with my mother.

The next time I visited my mother, I was a changed person. That seemed to change her too. She prepared a delicious meal, shared her favorite recipes, and we recalled positive memories. Since then, seeing and talking with my mother is like catching up with a good friend I haven’t seen in a long time. The path of forgiveness seems difficult and bumpy at first, but the longer we travel it, the smoother it gets. Now I can tell others about the magic of forgiveness, because I have experienced it.

Victoria Olivetta is from Argentina. She is a mother of three and has three grandchildren. As a member of the Family International, she has spent over 40 years devoted to serving others. She is a counselor for the terminally ill and those suffering depression. When time allows, Victoria also enjoys writing and translating.

More in this category: « A Challenging Thought A Bridge to Cross »