10 Tips for Excelling at Work 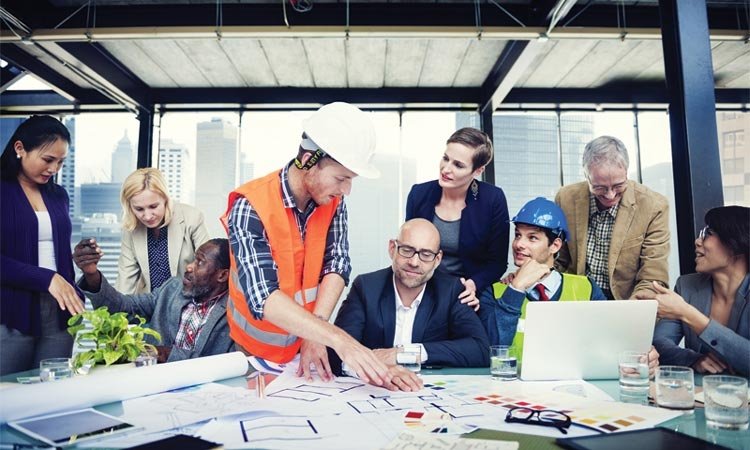 We build our work with our attitudes and actions day by day. Here are some thoughts to keep in mind if we want to excel in our jobs.

In the old folk tale of the Little Red Hen, she wanted to bake a loaf of bread, so she asked the animals in the barnyard to help her gather the wheat, but everyone was suddenly too busy and unavailable, so she did it herself. Later, she asked who would help her grind the wheat into flour, but everyone was too busy. Then she asked who could help her sift the flour and mix the ingredients; again, everyone was too busy to help. After requesting help several times, she ended up doing all the work herself. As a result, though, the animals missed out on the reward of enjoying the loaf.

Let’s not be like them. If your boss and coworkers know you can be counted on to take the extra step when the need arises, they’ll come to depend on your reliability and willingness to get things done. Showing initiative leads to increased trust, rewards, and responsibility.

In the Bible, David volunteered to fight the giant Goliath, which saved the day and gained him favor with King Saul. Another example is Isaiah volunteering to be a messenger for God by saying, “Here am I. Send me!”1

2. Get the details right.

If you go into a bathroom in a restaurant and it’s dirty, it might make you worry that the kitchen is also dirty, and you may decide to eat somewhere else instead. Even if it just happened to be a sloppy job that one day, it can still have a bad effect on the business’ reputation.

Regardless of the task, personal attention to detail shows that people can rely on you to get things done correctly and that you’ll go the extra mile to do it right.

Paul warned the Ephesians, “Do not let any unwholesome talk come out of your mouths, but only what is helpful for building others up according to their needs, that it may benefit those who listen.”4

Gossiping may seem innocent, but words have a way of coming back to bite you. If you wouldn’t say something to someone’s face, it’s probably not a good idea to say it to others. The classical Greek philosopher Socrates, credited as one of the founders of Western philosophy, reportedly said: “Great minds discuss ideas, average minds discuss events, and small minds discuss people.”

Your boss is counting on you, and unless you’re actually sick, playing hooky to skip out on work will let him and your coworkers down. You might get away with pretending to be sick to get off work, but people will come to see you as someone who often drops the ball, leaving them to pick up the pieces.

Paul said to the Thessalonians, “We hear that some among you are idle and disruptive. They are not busy; they are busybodies. Such people we command and urge … to settle down and earn the food they eat.”5 According to one reference, the original Greek translation of “disruptive” meant playing hooky.

Rather than wasting time when you’ve finished your task, take a look around at what else needs to be done.

Jeroboam in the Bible was a shining example of this. When King Solomon saw how well the young man did his work, he put him in charge of the whole labor force of the house of Joseph.6 You can bet that didn’t come from him sitting around and slacking off every chance he got.

This is a huge topic, and some aspects may seem obvious, but it covers everything from having good manners to being polite to the janitor or that slightly annoying coworker. The way you treat others will affect the way people see you. People who are polite and easy to work with end up with more references, contacts, and friends.

It also majorly impacts your ability to do business. Dale Carnegie’s book How to Win Friends and Influence People explains how kindness and showing genuine interest in others have often been the keys to business success. His book has a great collection of stories about successful people who were interested in others and used kindness in business.

One of my favorites is about a businessman named Mr. Duvernoy, who wanted to be the bread supplier to a certain New York hotel. He tried to get an appointment to present his products to the manager every week for years, but was unsuccessful even with that.

After learning about positive human relations, he decided to put them to the test. He found out that the manager was part of the Hotel Greeters of America Society and was so passionate about it that he attended every convention and event and even ran for its presidency.

The next time Mr. Duvernoy met the hotel manager, he brought up this society. The manager, who obviously loved the subject, spent half an hour talking about it. “In the meantime, I had said nothing about bread,” recalled Mr. Duvernoy. “But a few days later, the steward of his hotel phoned me to come over with samples and prices. ‘I don’t know what you did to the old boy,’ the steward greeted me, ‘but he sure is sold on you!’”

In an article I read, there was a suggestion to check in with your boss or team every so often about how you’re doing and ask how you could improve. This shows you’re focused and take your work seriously.

If the apostle Paul were writing today, he would probably say something like, “Employees, obey your earthly bosses with respect and with sincerity of heart, just as you would obey Christ.”7 The way you conduct yourself, your interactions with coworkers and your boss, says a lot about you as a person and affects your example as a Christian.

King David of the Bible was always praying about ways he could improve. In Psalms he says, “Show me your ways, Lord, teach me your paths. Guide me in your truth and teach me.”8

Moses also checked in with God regularly: “If you are pleased with me, teach me your ways so I may know you and continue to find favor with you.”9

This is not a hard-and-fast rule—although different companies have their own policies, so it’s important to know and follow them—but experts often recommend keeping romance away from the workplace.

Relationships and friendships are wonderful, but always keep your goals in mind, and don’t let other things distract you.

How you look and dress reflects either well or poorly on the company you work for or the service you perform. Some jobs have a dress code; if yours doesn’t, take cues from respected individuals at your work. Imagine getting stuck in the elevator with the company’s CEO, and dress for that possibility every single day. This is even more important when at a job interview, as first impressions are so important.

While the Bible is clear that God is more interested in what is in our hearts, it also cautions us that “people judge others by what they look like.”10 Make sure your appearance serves you well and shows respect for the position you have or want.

If someone does their job well, say so. If someone helps you out, thank them. Saying nice things about others behind their back is also a wonderful thing to do, because if it gets back to the person, it often means more than the nice things you could say directly to them.

With the fast pace of today’s world, it’s easy to forget the value of a few simple words. Just taking a few minutes to acknowledge those you work with and their contributions will go a long way in making them feel appreciated.

Dale Carnegie wrote: “You don’t have to wait … before you use this philosophy of appreciation. You can work magic with it almost every day.”

Making your colleagues feel appreciated and important is the key to success and everyone working together happily. It may seem to be a small thing, but it gets big results.

More in this category: « A Joyful Work Environment The Wise and Unwise Leader »