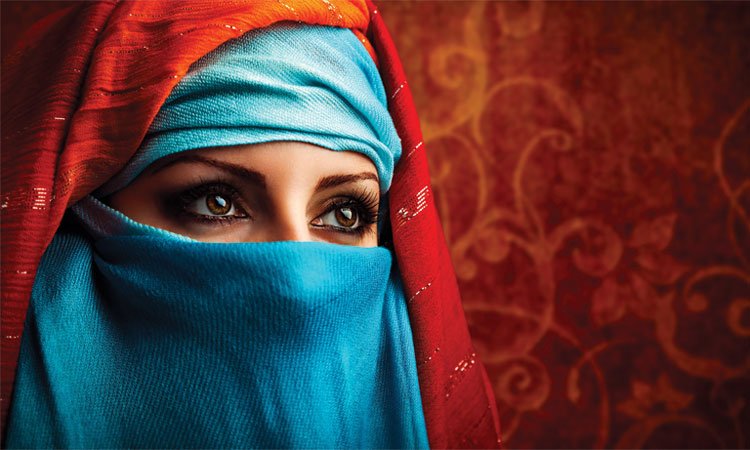 In ancient Israel, men’s and women’s roles were clearly defined, with the women’s sphere traditionally being the household and everything pertaining to it, including the care of the children, the oversight of the servants, and often the managing of the family’s finances. But throughout the Bible, God didn’t limit Himself by gender when choosing who to use to accomplish His will, speak His words, or lead His people.

In some cases, the tasks God gave women would have appeared daunting even to most men, but that didn’t prevent these bold and full-of-faith women from answering His call.

Meet a few of the amazing women in the Bible Heroines’ Hall of Fame:

Sarah, Abraham’s wife, has the honor of being the only woman in the Bible whose age (127) was recorded at death, which is an indication of the respect shown her as mother of the Hebrew people. When Abraham and Sarah were both old, God promised them a son, and she gave birth to her first and only child, Isaac, when she was 90. The apostle Peter cited Sarah as an example of the holy women who trusted in God and possessed inner beauty. (Genesis chapters 11–23; Isaiah 51:2; 1 Peter 3:4–6)

Puah and Shiphrah, two Hebrew midwives during the time when the Israelites were slaves in Egypt, disobeyed the Pharaoh’s orders to kill all newborn male Israelites. (Exodus 1:15–22)

Jochebed waited until her baby boy, Moses, was three months old before “obeying” the Pharaoh’s commandment to cast him into the Nile; when she did, it was in a floating baby bed. Because of her faith and ingenuity, Moses was found and adopted by the Pharaoh’s daughter, was raised and educated in the Pharaoh’s household, and later led his true people out of bondage to the Promised Land. (Exodus 1:22–2:10)

Deborah was a prophetess and judge. She rallied and organized the army that freed Israel from the occupying forces of Jabin, a Canaanite king. (Judges chapter 4)

Ruth left her homeland of Moab and chose to follow God and care for her widowed mother-in-law, and He blessed her greatly. She settled in Bethlehem and became an ancestor of both King David and Jesus. (Book of Ruth; Matthew 1:5)

Hannah was a childless woman who promised God that if He gave her a son, she would dedicate him to the Lord’s service. God answered her prayer, and she became the mother of the prophet Samuel. (1 Samuel 1)

Abigail saved the lives of her servants and family, as well as her own, after her surly husband offended the future King David. Abigail rode out to meet David with a message from God, and David was dissuaded from exacting revenge. (1 Samuel chapter 25)

The widow of Zarephath believed and obeyed the prophet Elijah, and saved three lives in the process—his, her son’s, and her own. Through nearly three years of famine, her previously almost depleted supplies of flour and oil never ran out. (1 Kings 17:1–16)

Huldah, a prophetess and contemporary of the prophet Jeremiah, was consulted by King Josiah as to the authenticity of some scrolls that were found in the rundown Temple. Through her testimony, the kingdom of Judah was brought back to faith in God. (2 Kings 22:13–20)

Esther was a young Jewish girl named Hadassah when she caught the eye of the heathen Persian king, Xerxes, also known as Ahasuerus. After becoming his queen, in a chilling episode of court intrigue, Esther risked her life to save her people when the king’s corrupt minister, Haman, ordered all the Jews in the kingdom to be put to death. (Book of Esther)

Mary, the mother of Christ, conceived Jesus by the Holy Spirit when she was a virgin and faced the prospect of being stoned to death until an angel persuaded her fiancé, Joseph, to marry her. For her role as mother of the Savior of the world, she was called “blessed among women.” (Luke 1:26–55; Matthew 1:18–25)

Mary and Martha were close friends of Jesus and often put Him and His disciples up in their home. Mary was commended by Jesus for listening intently to His teachings (Luke 10:38–42), and Martha was one of the first to identify Jesus as the Messiah and Son of God. (John 11:20–27)

The woman at the well was both a Samaritan—a people despised by the Jews—and possibly of ill repute even among her own. But after Jesus revealed Himself to her, she led many of her townspeople to know Jesus. (John 4:3–30)

Mary Magdalene was a close disciple of Jesus, stood by Him during the crucifixion, and was the first person to whom He appeared after His resurrection. (Mark chapter 16; John chapter 20)

Lydia, a seller of cloth in the Greek port of Philippi, was the first recorded person on the European mainland to embrace Christianity. She also hosted the disciples in her house. (Acts 16:14–15)

Lois and Eunice were the grandmother and mother of Timothy, an early Christian leader, whom they trained from the time he was young in the knowledge of the Scriptures. They were renowned for their faith. (2 Timothy 1:5)

These women and countless others after them rose to the callings God had for them, defied the odds, and manifested faith, courage, and love that continue to inspire us today.

More in this category: « In Praise of Women